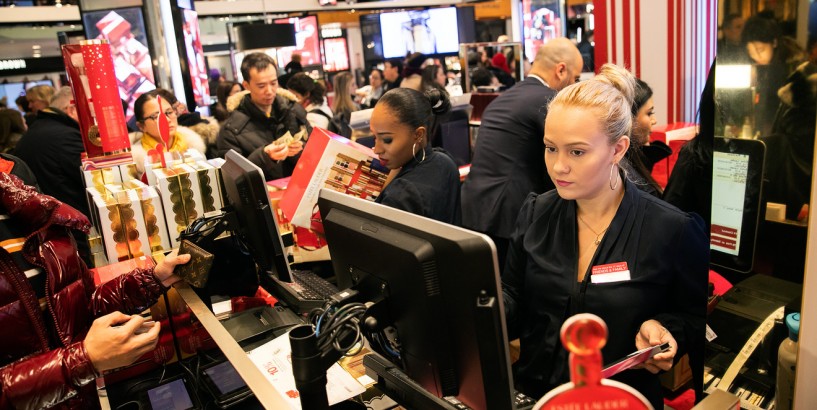 A surge in online shopping and higher spending by low-income Americans gave a lift to the start of the holiday season, even as initial reports showed that foot traffic to traditional stores continued its long decline.

During Thanksgiving and Black Friday, traffic to U.S. stores fell between 5% and 9% compared with the same days last year, estimated RetailNext, which uses cameras to track people in both mall-based and stand-alone retailers. Another measurement firm, ShopperTrak, estimated traffic fell less sharply, about 1% over the two-day period from a year ago.

Purchases continued to shift online as stores put many of their best deals on their websites and more consumers, even those earning minimum wages, shop on their smartphones. Internet sales for Wednesday through Black Friday surged 26.4% from a year earlier to $12.3 billion, estimated Adobe Systems Inc. ADBE, -0.19% , which tracks activity on thousands of websites.

Many lower-income Americans are finally feeling more flush a decade after the recession, say shoppers and retail executives. Lower gas prices and rising hourly wages are giving them extra cash to spend, a boon for Walmart Inc. WMT, +0.99% , second-tier mall owners and other retailers that count on them for a large percentage of their sales.

An expanded version of this report appears on WSJ.com.