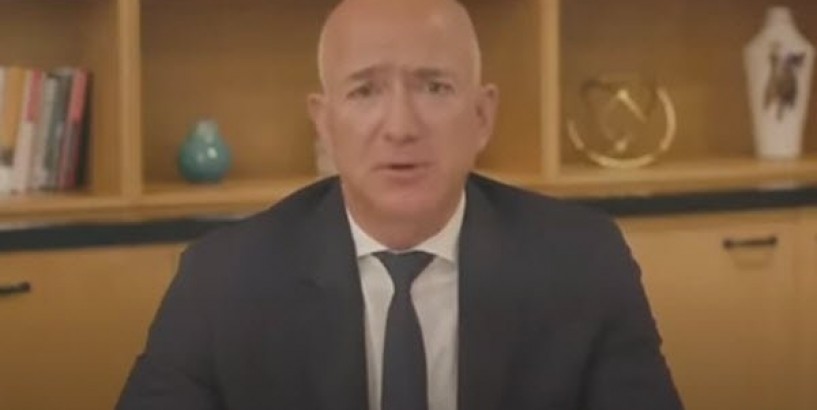 During Wednesday’s marathon House Antitrust Subcommittee hearing with the CEOs of the tech giants, Amazon founder/CEO Jeff Bezos suggested that an agreement to end the standoff between his company and WarnerMedia over HBO Max is likely inevitable.

Rep. Jamie Raskin (D-Md.), a member of the House Committee on the Judiciary, Subcommittee on Antitrust, Commercial, and Administrative Law, raised the subject.

Citing the interests of consumers, Raskin asked Bezos about the standoff that has kept the app for WarnerMedia’s new Max streamer from being available on Amazon Fire TV devices.

WarnerMedia has also been unable to come to terms to get Max on the other dominant streaming device platform, Roku — which means the app is currently unavailable to some 80 million device users — but that point wasn’t raised during this exchange.

Noting that Amazon is reportedly pushing to get content as well as money from WarnerMedia as part of a deal, Raskin asked if it is fair for Amazon to use its “gatekeeper” leverage in the device sector to try to gain advantage in the streaming arena — where Amazon Prime Video now competes with HBO Max, as well as Netflix and many others.

Raskin said that there could be an appearance of “conflict of interest,” and that smaller companies, in particular, could be at unfair disadvantage in such a scenario.

Bezos claimed not to be up on the details of the ongoing negotiations, but ventured: “I predict that the companies will eventually come to an agreement, and I think this is... [when] two large companies negotiate agreements, kind of normal… when two companies are negotiating you are negotiating not just the amount of money that’s going to change hands but also what you are going to get in exchange for the amount of money. That is a very fundamental way the business works.”

Bezos also offered to delve into the specifics and get back to Raskin, because he “could imagine that there could be scenarios if we’re just talking in the abstract where it could be inappropriate, and scenarios where it would be very normal business and very appropriate.”

While control over advertising inventory and consumer relationships and data are reportedly major sticking points in the Amazon/WarnerrMedia negotiations, those points were also absent from the hearings exchange.

Stankey said that despite repeated attempts to “make HBO Max available to all customers,” including those who’ve purchased Max via Amazon, Amazon is “treating HBO Max and its customers differently than how they’ve chosen to treat other services and their customers.”

Amazon’s deal to support WarnerMedia’s older streaming app, HBO Now, on its Fire devices reportedly expires as of July 31 — the same date that Now is to be rebranded as just “HBO.”

That means that, unless they come to terms on HBO Max, there will be no standalone HBO app on Fire devices — although HBO will still be available through Prime Channels and other services, and as an add-on to various live streaming services.

But not having HBO Max on Fire and Roku devices has thrown a wrench into WarnerMedia’s plan to convert HBO Now subscribers to Max.