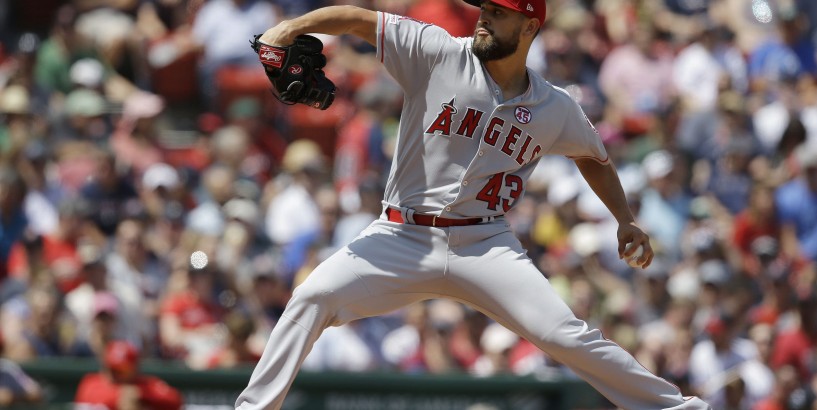 BOSTON (AP) — Anthony Bemboom hit a go-ahead single in the 10th inning after Kole Calhoun's solo homer tied it in the eighth, leading the Los Angeles Angels past the Boston Red Sox 5-4 Sunday for a split of their four-game series.

Shohei Ohtani had three hits with a two-run single for Los Angeles, which won for only the second time in 10 games. The Angels had halted an eight-game losing streak Saturday and finished a nine-game trip 2-7.

Bemboom, recalled earlier in the day, hit his single off Ryan Weber (1-2) after Calhoun had a leadoff walk and advanced on a ground out and fly out.

Hansel Robles (4-0) got four outs for the victory.

Los Angeles had built their edge with a run in the first on Pujols' double-play and Ohtani's single in the second before the Red Sox tied it.

Jackie Bradley Jr. drew a base-loaded walk in the second and Vázquez's shot — that completely left Fenway Park over the Green Monster — tied it in the fourth.

After Red Sox lefty Chris Sale finished his off-day throwing in the outfield and signed some autographs for fans in the stands along the right-field line about an hour before the game, he noticed a young boy in a wheelchair off in the distance with his mom and dad.

Sale approached the 6-year-old — named Joey — chatted for a while and gave him his glove before heading back into the clubhouse.

Cashner got just five outs, giving up three runs and three hits, walking five and left to loud boos when he was pulled.

Marie Mansfield Kelley, who played for the Rockford Peaches of the women's professional baseball league from 1950-54, threw out the ceremonial first pitch.

Angels: Pujols was back in the lineup after having Saturday off. ... C Kevan Smith was placed on the 10-day injured list with a lumbar strain and Bemboom was recalled from Triple-A Salt Lake.

Red Sox: OF Mookie Betts had the day off before entering as a pinch runner and popping out in the 10th. ... Selected infielder Chris Owings from Triple-A Pawtucket and optioned RHP Hector Velázquez. The 27-year-old Owings was signed as a minor league free agent on June 17 and hit .325 with 11 homers in 44 games with Pawtucket. He batted leadoff with Betts out and went 0 for 5.

Angels: LHP José Saurez (2-3, 6.22 ERA) is slated to start the opener of a three-game series against Pittsburgh at Angels Stadium. It's the Pirates' first visit since 2013.

Red Sox: LHP Eduardo Rodríguez (13-5, 4.17) is in line to start the opener of a three-game series in Cleveland on Monday. The Red Sox are 17-4 in his last 22 starts (with a suspended game on Wednesday included).