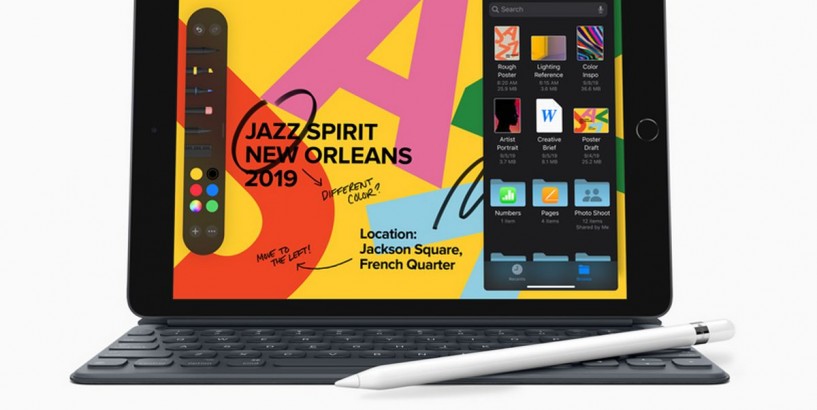 Apple has launched its seventh-generation iPad at its event in California this evening. The iPad features a 10.2-inch Retina display, and has support for both the Apple Pencil, and a full-size Smart Keyboard.

Greg Joswiak, Apple’s vice president of Product Marketing, said: “The new iPad packs even more value into our most popular and affordable iPad model featuring a bigger 10.2-inch Retina display, support for Apple Pencil and for the first time, the full-size Smart Keyboard.

“The new iPad was built to run iPadOS, which introduces powerful new ways to multitask, manage and mark up documents, use Apple Pencil and view more information at a glance on a redesigned Home screen.

iPad (Image: Apple) Read More Apple fans compare iPhone 11 Pro to bowling ball thanks to triple camera layout “This new iPad with iPadOS takes everything people love about our most popular iPad and makes it even better for creating, learning, working and playing.”

The iPad has nearly 3.5 million pixels and a wide viewing angle, which puts it in direct competition with many of the leading PCs.

Meanwhile, an A10 Fusion chip brings up to two times faster performance compared to the top-selling Windows PC, according to Apple.

It features a 10.2-inch screen (Image: Apple) Read More Apple event 2019 Apple Watch 5 could be unveiled today Apple Store goes down ahead of event Apple iPhone event 2019 - how to watch Last-minute iPhone 11 leak iOS 13 won't be coming to these models iOS 13: Release date and new features Apple could unveil a brand new product Apple will reveal iPhone 11 today Apple also revealed its latest iPadOS at the event, which will be available on the latest iPad.

The Home screen has been completely redesigned to show more apps on each page, while the Today View can now be added, allowing easy access to widgets.

Users can also work on multiple files and documents from the same app with iPadOS’s Split View feature.

The new seventh-generation iPad is available in silver, space grey and gold in 32GB and 128GB configurations. Prices start at £349.