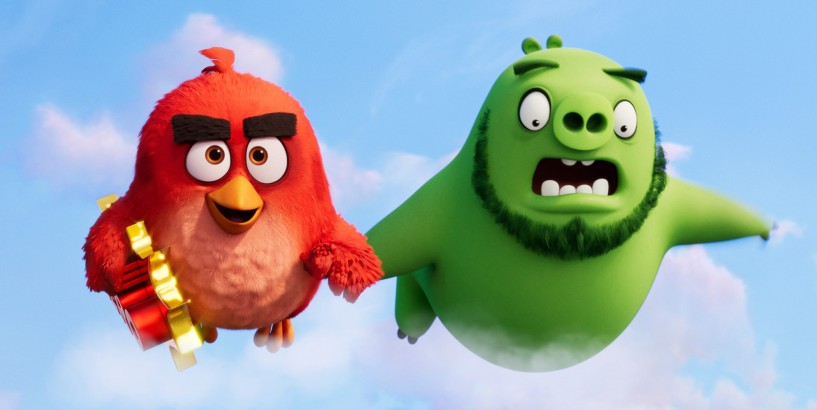 "The Angry Birds Movie 2" is not … terrible. It might even be kind of good?

At least, that's what the critics are saying.

In the sequel, flightless birds continue to fling themselves to their destinations via slingshots and devious green pigs are still constantly pranking their bird neighbors from an island away. But then "Angry Birds 2" introduces the menacing Eagle Island, run by take-no-prisoners purple eagle Zeta (voiced by Leslie Jones), who orders her legion to begin hurling massive ice balls at her neighbors.

Jason Sudeikis returns to voice the short-fused Red, along with Josh Gad as speedy Chuck, Bill Hader as Leonard, king of the pigs, and Danny McBride as the volatile Bomb. But this time, along with newcomer Jones, you'll hear the voices of Rachel Bloom, Tiffany Haddish, Sterling K. Brown, Eugenio Derbez and Awkwafina.

Here's what the critics are saying about "Angry Birds 2," which currently sits at comfortable 73% positive rating on Rotten Tomatoes .