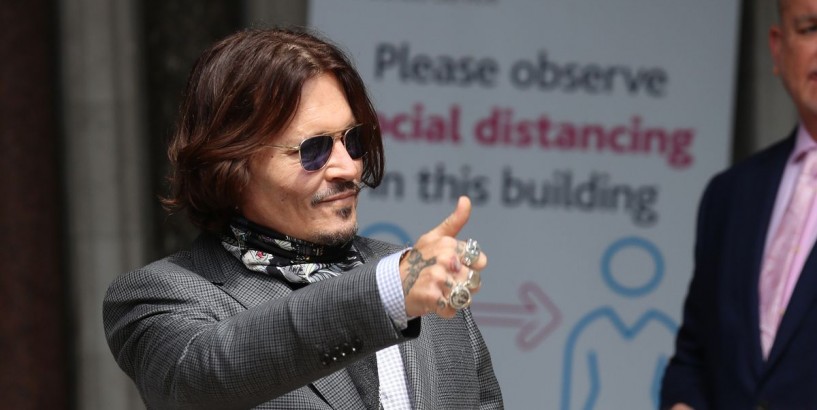 Amber Heard ’s sister claims she saw Johnny Depp punch the actress in the head ­“multiple times” during a row. Whitney Henriquez was in the High Court while her statement about Depp was presented.

In it, Whitney said that in March 2015, Johnny hit her on the arm, causing Amber to hit him back and say: “Don’t hit my sister.”

Whitney continued in her statement that there was a “struggle” and then Johnny “really went for Amber”, adding that she was “standing right there next to them when Johnny grabbed her by the hair with one hand and I saw him punch her really hard in the head with his other hand multiple times”.

Whitney’s statement said she “begged” Amber, 34, not to marry Depp, telling her “him putting a ring on her finger was not going to stop him hitting her”.

In the Pirates of the Caribbean star’s libel case against The Sun newspaper in London, Amber’s sister said she liked the actor at first as he seemed “very sweet”.

The pair became close, “like brother and sister”, she claimed, with Johnny, 57, calling her “Sis”. But Whitney also testified her sister’s relationship with the actor was “tumultuous from the start”.

Her statement said: “I wasn’t aware of violence at the beginning but I remember Amber talking about them having big fights.”

She claimed Johnny would “get upset” about outfits Amber wanted to wear and alleged that in 2014 he made her change into a “less revealing” dress for a gala.

Whitney claimed she first confronted Depp that year, her statement said: “I remember saying to him, ‘Why did you f***ing have to hit her?’

“Sometimes, he would flat-out deny it or downplay it by saying ‘No, I just pushed her, I didn’t hit her’. Other times, he’d acknowledge that he’d hit her but would try to justify it, by claiming she hit him first.”