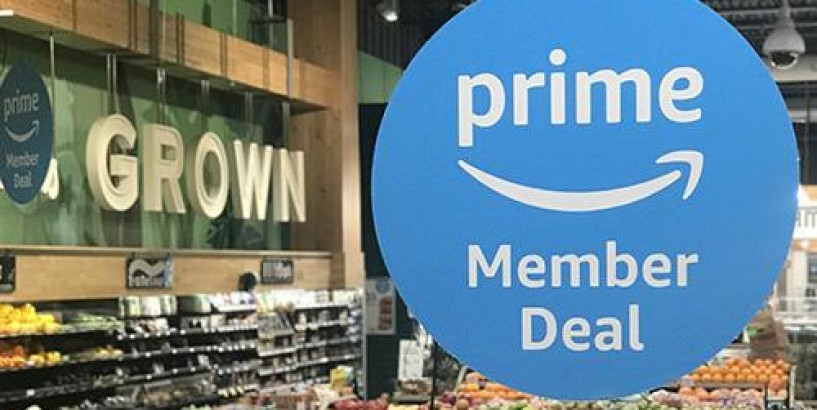 According to a Reuters report , the truck was spotted recently on the streets of Chicago. The truck reportedly is one of the more than “ 2,200 heavy-duty Utilimaster ‘walk-in’ delivery trucks from Shyft Group SHYF.O, a Michigan-based specialty vehicle company, an Amazon spokeswoman told Reuters.”

Amazon gave no other details about the truck.

“Drivers assigned to the new trucks showed Reuters training materials from Wisconsin-based safety and compliance consultancy J.J. Keller & Associates, which confirmed that Amazon is a client,” Reuters said. “The Shyft Group did not respond to requests for comment. ”

New and larger delivery trucks could, of course, enable Amazon drivers to deliver more packages more efficiently. “ Amazon is under pressure to make good on one- and two-day deliveries promised to customers who subscribe to its $119 annual Prime service,” Reuters reported. “Orders for food, computers, toys and exercise equipment surged after states issued stay-at-home orders to battle the pandemic, overwhelming Amazon’s network and adding days and even weeks to delivery times.”

Even so, Amazon — following through on longstanding, pre-pandemic trends — keeps investing in its logistical power.

Amazon is investing in the speed of its supply chain by leasing an additional 12 Boeing 767-300 aircraft ahead of next year’s opening of the Amazon Air Hub near Cincinnati . The new Air Hub also promises to make for more crowded skies above southern Ohio and Northern Kentucky as the massive UPS Worldport air facility is only two hours away in Louisville.

As well, in June, Amazon said it would buy Zoox, a California-based autonomous vehicle company, to help make last-mile deliveries less costly and more efficient. Amazon says Zoox is working to "imagine, invent and design a world-class autonomous ride-hailing experience," said Jeff Wilke, Amazon’s CEO, Worldwide Consumer. But the Zoox acquisition may mean big changes in the logistics and delivery business, which is core to Amazon. It is likely that Amazon will focus more on integrating the technology into its distribution network than building a fleet of cars.

All this comes as Walmart reportedly prepares to launch its own version of Prime, a service called Walmart +. That offering could debut later in July, at least according to reports, and help Walmart not only reach more online and mobile shoppers via deliveries and other services, but potentially make it more attractive for more consumers to do more retail shopping within the Walmart ecosystem — the same function Prime provides for Amazon.

Also Worth Reading Can Walmart Really Take On Amazon Prime? The Walmart+ subscription service could launch later this month