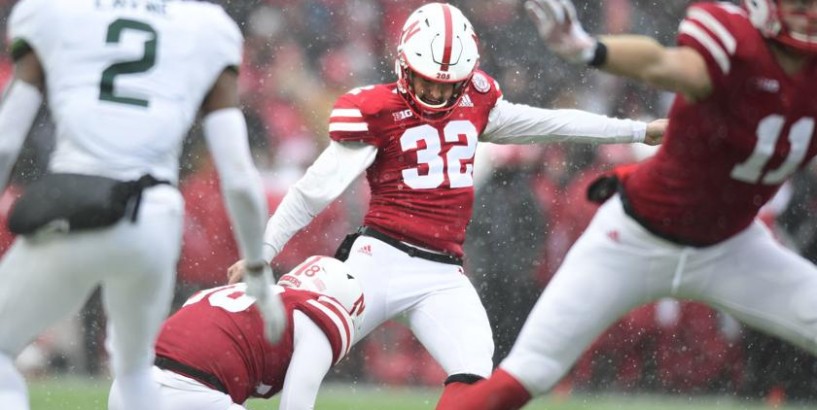 Barret Pickering's injury situation has been a prominent storyline during the early stages of the Nebraska football season.

The Husker place-kicker has been sidelined by a leg/hip injury for each of the first two games. For obvious reasons, place-kickers rarely suffer injuries that keep them out of action. In fact, NU special teams coordinator Jovan Dewitt said Tuesday he's never experienced such an occurrence during his two decades of coaching.

"This is the craziest thing I've ever seen before," he said. "I've never seen this before. I mean, we go through plans of how many reps (the kickers) are going to take on a week-to-week basis and how many reps they're going to take on a daily basis. We make sure they get warmed up beforehand. We do everything and anything possible. It's like a pitcher's arm. They have a kicking count, and we don't exceed it. We've never exceeded it.

"It's just one of those situations where you almost feel snakebit to a certain degree. It is what it is. We just push on through it."

A sophomore from Birmingham, Alabama, Pickering won the starting job last season as a true freshman and connected on 14 of 18 field-goal attempts, including his final 10. He also made 40 of 41 extra-point tries. He was the clear-cut starter entering the season until the injury situation cropped up late last month.

The Lincoln Southwest graduate is listed atop the depth chart at both punter and place-kicker this week in advance of Saturday night's home game against Northern Illinois. However, Dewitt said, Pickering has been practicing with "a light kick count" since last week. That said, it's unclear if he'll be ready in time for this week's game.

Armstrong, a 5-foot-11, 215-pound senior, didn't practice field goals with a long-snapper and holder until last Thursday, two days before appearing against Colorado at sold-out Folsom Field. Keep in mind, he didn't kick field goals at all during Nebraska's preseason camp. In fact, the last time he kicked a field goal in a game occurred during his senior season at Southwest.

"It's not necessarily a whole lot different kicking now, it's just the fact that it's been awhile since I've worked with the entire operation of the snapper and holder," Armstrong said. "It's something you don't necessarily forget how to do. You've just got to knock the rust off. With time, I think that will happen for sure."

More from this section James White — Patriots Healthy and off to a strong start, Packers' Bryan Bulaga aims for full, top-flight season +6 From in control to infuriated, Huskers blow 17-point lead in OT loss to Colorado In Nebraska's 35-21 season-opening win against South Alabama, true freshman walk-on Dylan Jorgensen of Lincoln had a 31-yard attempt blocked. Dewitt said Armstrong, Jorgensen and Will Przystup competed for the starting place-kicker job in practice last week.

"We put those guys in a bunch of different competition situations, and Isaac came out on top of that competition," Dewitt said. "Like I tell you guys every week, it's always a competition every week. It just happened we ended up rolling with Isaac, and I thought he honestly did a pretty good job. That was a tough situation for a guy to be in."

Armstrong averaged 46.2 yards on his five punts against Colorado. Meanwhile, Przystup handled kickoff duties for most of the contest, booting only one that Dewitt didn't like — the fourth-quarter line drive that Laviska Shenault returned 54 yards before he was stripped from behind by Cam Taylor-Britt.

"Other than that, I thought those guys handled the situation they were put in pretty well," the coach said.