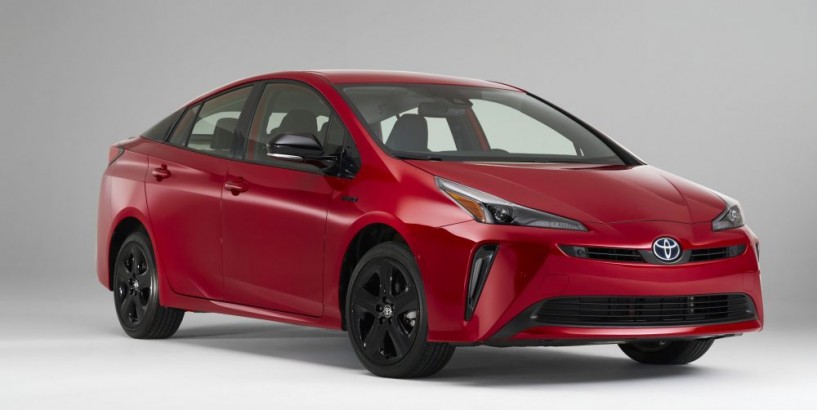 5 Things To Know About the 2021 Toyota Prius

In 2001, the Prius appealed mostly to nature nerds. Today, it is decidedly mainstream, with almost 2 million models sold in the United States. It’s sleeker, safer and more technologically advanced than ever before, while still meeting its mission to reduce the car’s environmental mark as it travels from point A to B and beyond.

So, with Toyota rolling out its 2021 version — with a limited number of 2020 Editions —here are five things to know about the updated Prius.

With a dashing black exterior trim, blackout headlight components and a color-keyed rear spoiler, the special Prius introduces a sporty look that will impress any car savant.

Then again, Prius drivers understand that everything should come with a purpose. The coffee holders are crucial to the morning commute. The hands-free Bluetooth capability lets them stay productive while on the go. And the six speakers make those times stuck in traffic a bit more fun.

Even the famous Prius silhouette has its impetus. The signature design produces an ultra-low 0.24 coefficient of drag. And the automatic grille shutter adds even more efficiency by closing when the radiator is not needed.

The Space You Need

Nothing can ruin a trip faster than poor legroom. All that extra efficiency and high MPG estimates don’t mean anything if the crew needs to stop and stretch every 30 minutes.

So, while the Prius frame maxes out productivity, on the inside it adds extra space — enough space that the Prius is classified as a midsize car by the EPA. All front-wheel drive models, including the 2020 edition, have an additional 50.7 cubic feet of cargo space when the rear seatbacks are folded down. That’s like 10 minifridges or six pieces of carry-on luggage, if the band is finally getting back together.

Sometimes speed limit signs rush by pretty quickly, and if you’re out on the open road, it could be a while before you see another one.

Prius drivers don’t have to wait. Road Sign Assist detects and displays certain signs right on the driver’s dashboard screen. It’s just one of a suite of features with Toyota Safety Sense 2.0 in the latest Prius. With tools like Pedestrian Detection (which applies the brakes when detecting a person in the road) or Lane Departure Alert (which lets the driver know when the car is beginning to drift), Prius drivers can be better prepared for every twist and turn.

Of course, new colors and forward-thinking features need a place to call home. Utilizing the Toyota New Global Architecture, Toyota’s universal frame for all fourth-generation vehicles, the new Prius is the most efficient to date and the quietest.

The Prius merges its 52 MPG combined city and highway MPG estimates with the car’s Power Control Unit, which lets the Prius operate on battery power alone in most situations before starting and switching smoothly to the gas engine when needed. Even the fans are working smartly, utilizing Toyota’s Smart-Flow mode to direct air only to seated occupants.

All these elements work in concert to create a seamless driving experience on the road.