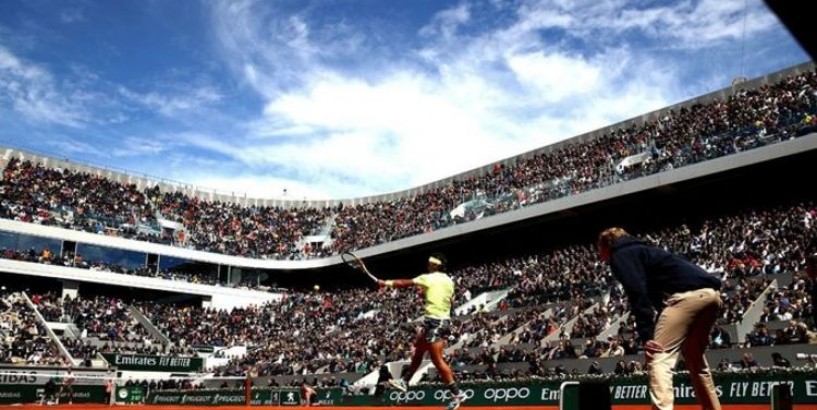 The French Tennis Federation's decision to move the French Open to September over fears of cancellation due to the coronavirus outbreak was 'rash' and lacked respect. That is the damning view of Canadian doubles player Gaby Dabrowski. Related articles Djokovic joins Nadal & Federer in posting coronavirus message to fans

On Tuesday, the FFT announced their intention to move the clay-court Grand Slam from its date in May to September 20.

With the tennis season currently suspended as a result of the global pandemic, the organisers of the Roland Garros made a decision which has created a rift with its other governing bodies and both tennis tours.

The ATP and WTA combined in a statement to suggest the FFT's decision was made 'unilaterally'.

While players were equally dumbfounded as they learnt of the news on social media. Will the French Open go ahead in September? (Image: GETTY)

As it stands, the French Open will take place a week after the US Open finishes in New York.

Several tournaments are scheduled to be played during the two-week timeframe in which the FFT would like the Grand Slam tournament to happen.

Key discussions are expected to be held to decide how the calendar will be played but Dabrowski, who has two mixed doubles major titles to her name feels the French Open may not end up being played.

"I just think there will be more discussions, because you can't possibly schedule your tournament during other events where lots of other players have committed to play like at the Laver Cup and, for us, in Asia.

"You just can't pick a date and sit on it. Yeah, I don't really know what the protocol is for a situation like that.

"Obviously, this entire thing is unprecedented but, at the same time, the way that we handle it now will set the standard for the future if we ever face something like this again.

"Everyone is going step by step and learning along the way so to make a rash decision like that is just out of line and even though you're a grand slam you should have respect for everybody else. Related articles