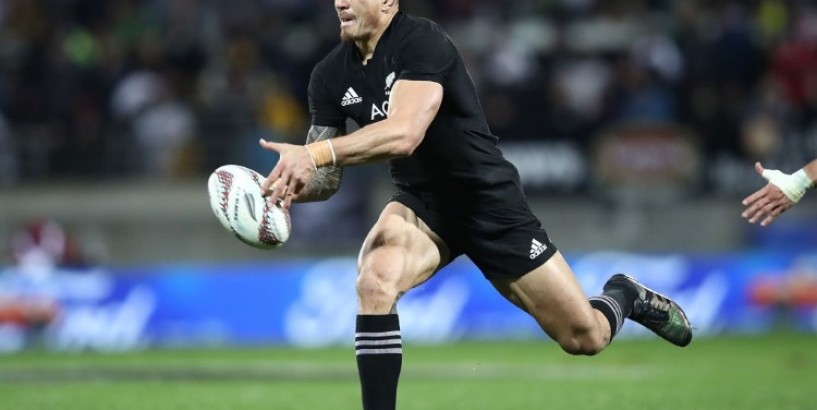 SONNY BILL WILLIAMS of the All Blacks passes during The Rugby Championship match between the New Zealand All Blacks and Argentina at Yarrow Stadium in New Plymouth, New Zealand. Picture: Phil Walter/Getty Images

Sonny Bill Williams will have rampaging Wallabies opposite Samu Kerevi in his sights when he lines up for his 10th and probably final Bledisloe Cup Test for the All Blacks.

Former NRL star Williams is uncontracted next year and continued to keep journalists guessing this week about his 2020 plans ahead of Saturday's return match at Eden Park.

The 34-year-old's focus is squarely on turning around New Zealand's fortunes following their nightmare loss in Perth, which he sat out, while also making a last-ditch bid for World Cup selection.

"You're always on trial and if you don't think you are, then you'll be slipping," said Williams, who is fighting to attend his third world tournament.

"For myself, I need to be where my feet are and play my best footy because we've got four other world class midfielders in the team. They want the same thing."

An injury-ravaged season has taken an upward turn with successive 80-minute provincial hitouts this month, leaving Williams confident he can slot into a midfield that will be missing injured outside centre Jack Goodhue.

One of Williams' chief tasks will be shutting down Kerevi, whose prodigious Super Rugby form for the Queensland Reds continued into Australia's three Rugby Championship Tests.

Williams' strength in the latter part of his 52-Test career has been his defence and he said he'd be well prepared for the Kerevi freight train.

"Any team that plays a side that has a player like Samu in it (has to)," he said.

"Just the way he's played all year, leading line breaks and tackle breaks throughout Super Rugby ... he's one that we have to watch out for this weekend."