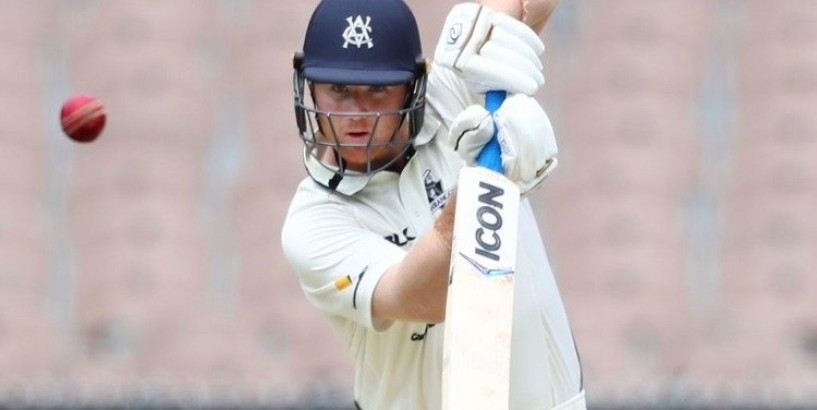 Victoria resumed their flagging Sheffield Shield campaign in promising fashion on day one of their match against NSW.

Despite having opener Travis Dean forced off the field after suffering a blow to the groin, Victoria were 2-119 at lunch at the SCG.

It could have been even better for the Vics but Handscomb fell lbw to Test spinner Nathan Lyon just before lunch for 41.

The Vics defied the Dukes ball to confidently score at more than four runs per over after winning the toss.

Maddinson remains unbeaten on 44 after a typically free-flowing innings against his former state.

Veteran opener Dean suffered a nasty blow flush to the groin off the bowling of Trent Copeland.

Dean received on-field treatment for five minutes but is expected to be available to return later in the day.

Ashes Test opener Marcus Harris made just seven before he was lbw to Harry Conway.

Victoria have lined up with spinner Wil Parker who is the fourth youngest player to debut for Victoria, with the 17-year-old replacing Jon Holland who is sidelined with a finger injury.

NSW boasts a commanding lead at the top of the standings with five wins and a draw for the season, while Victoria are sitting last.