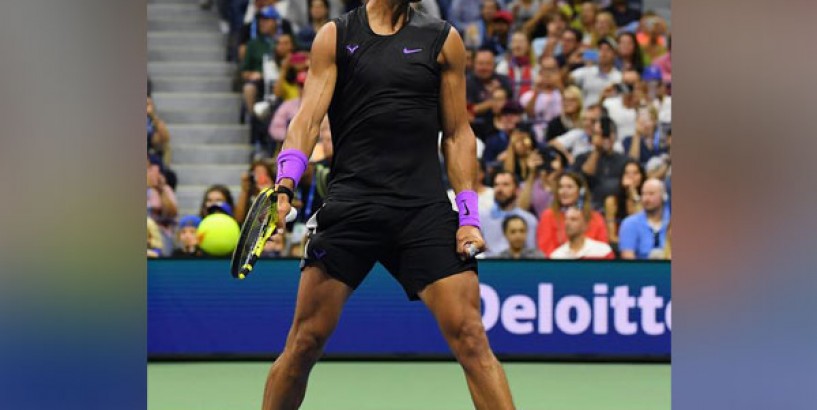 New York [USA], Sept 3 (ANI): Spanish tennis star Rafael Nadal defeated Marin Cilic by 6-3, 3-6, 6-1, 6-2 in the ongoing US Open on Tuesday to secure his spot in the quarter-finals of the tournament.

Nadal registered a 6-3 win in the first set but faced a 3-6 defeat in the next set. However, Nadal made a scintillating comeback in the game and completely overpowered Cilic in the next two sets.

Nadal was untouchable in the third and fourth sets as he won by 6-1 and 6-2, respectively.

After the match, Nadal said that it is easy to describe but difficult to make.

"It's easy to describe, but difficult to make. I don't know, I think I followed the ball good because he had a good volley and I saw it, I ran fast to the ball and I saw at the last moment there would maybe be a small space on that side," Association of Tennis Professionals (ATP) Quote: d Nadal as saying.

Nadal will compete against Argentine Diego Schwartzman in the quarter-finals. The 33-year-old said he will need to play his best to trounce Schwartzman.

"Diego is playing unbelievable. I need to play my best in the next round to have a chance to be in the semi-finals. But the match of today I think helps," he said.

Nadal will face Schwartzman tomorrow for the semi-finals spot. (ANI)