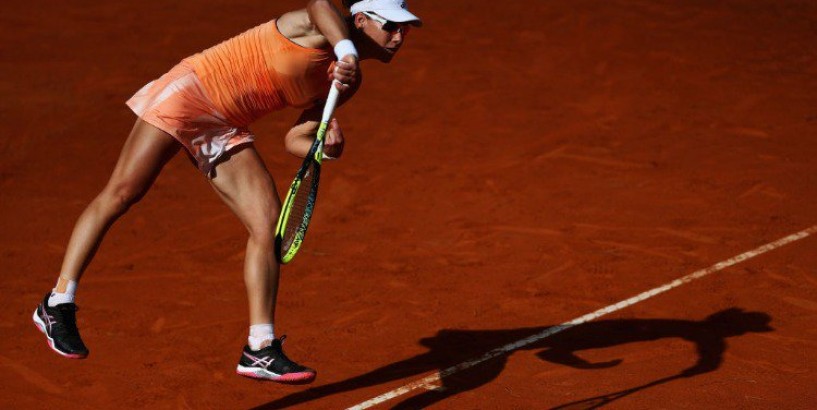 Tomic Withdraws From Us Open Qualifying

SAMANTHA STOSUR of Australia serves in her match against Alison Van Uytvanck of Belgium during day two of the Internazionali BNL d'Italia 2018 tennis at Foro Italico in Rome, Italy. Picture: Dean Mouhtaropoulos/Getty Images

Bernard Tomic has pulled out of US Open qualifying but still hopes to contest the final grand slam of the year for the 10th-straight year.

The 26-year-old is the third alternate and could still take a place in the 128-strong men's singles draw if there are more withdrawals after the overnight scratching of 2009 champion Juan Martin del Potro.

Tomic's fellow Gold Coaster and former women's champion Samantha Stosur, meanwhile, will feature in her 15th US Open after being handed a wildcard.

A stunning winner over Serena Williams in the 2011 final on the 10th anniversary of the 9/11 terrorist attacks, Stosur will join world No.2 Ashleigh Barty and fellow Australians Ajla Tomljanovic, Daria Gavrilova and Astra Sharma in the women's singles in New York.

At 35, Stosur, who has slipped to No.131 in the world rankings but remains a 2019 Fed Cup final option for Australia, will be the third-oldest player in the draw behind 37-year-old Serena and the American's sister Venus, who turns 40 next year.

Also a quarter-finalist at Flushing Meadows in 2010 and 2012, as well as a doubles champion in 2005 with Lisa Raymond, Stosur is among eight women to receive wildcards into the singles this year.

Another 16 Australians have entered US Open qualifying - eight men and eight women.

AUSTRALIANS AT THE US OPEN (PREFIX DENOTES RANKING):