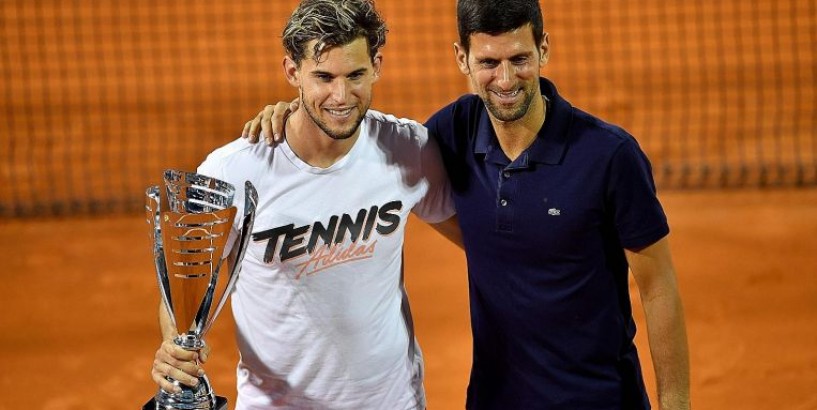 Djokovic, Grigor Dimitrov, Borna Coric and Viktor Troicki tested positive after playing in the charity tournament in Serbia and Croatia, which drew big crowds and saw players pose for pictures together. Images and videos of the players hugging at the net, playing basketball and partying at the event have also been posted on social media.

Australian Open finalist Thiem won the Belgrade leg, which was staged at Djokovic's tennis centre. The 26-year-old said he was "shocked" when he got the news from the Adria Tour. The event was called off before the final of the second leg in Zadar, Croatia.

"We played without an audience for weeks, so we have been more than happy about the fans at the event," the Austrian said in an Instagram post on Thursday.

"We trusted the Serbian government's corona rules, but we have been too optimistic. Our behaviour was a mistake, we acted too euphorically. I am extremely sorry."

Though the players were not breaking government protocols during the tournament, it highlighted the risks of athletes from different countries mingling without adhering to what have become social distancing norms.

Djokovic's father, Srdjan, told broadcaster RTL that he blamed Dimitrov for the outbreak that hit the Adria Tour and the fallout continued as the Bulgarian's manager hit back on Wednesday.

"Regarding what Srdjan Djokovic said to Croatian television, I want to inform you about the following. Grigor landed directly in Belgrade after three months of complete isolation. Neither in Belgrade nor later in Zadar he was offered or required by him to test for coronavirus," said Georgi Stoimenov. "The event organisers are the ones responsible for the safe running of the event and creating rules to follow."

Despite the Adria Tour debacle, 1,000 fans will be allowed to watch a Berlin tournament next month.

The US Open is the next Grand Slam on the calendar and organisers are planning to keep those taking part behind closed doors safe.

The wheelchair competition will be staged from Sept 10-13 in New York, the US Tennis Association said on Wednesday after widespread criticism of its original cancellation.

The event will be played at the National Tennis Centre during the final four days of the tournament on the Flushing Meadows hard courts.