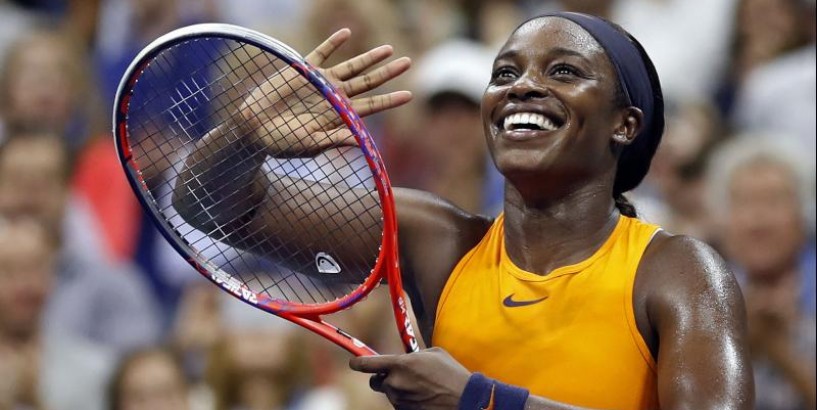 Stephens had to work hard for the win over Babos, despite the deceptively one-sided scoreline. (Photo: AP) MELBOURNE: Fifth seed Sloane Stephens said she was desperate to improve her "terrible" Australian Open record after advancing to the third round at Melbourne Park on Wednesday.

But she was hopeful her fortunes were improving after posting a second round 6-3, 6-1 win over former doubles partner Timea Babos of Hungary.

"I haven't won a match here in how long?" she said.

"I'm kind of conquering all the places where I've been terrible. Asia. I've won a few matches there (reaching the decider at the WTA Finals in Singapore). And here, I played well today.

"I know I haven't done too well here in the last couple of years, so to do well is nice. I'm putting the emphasis on starting the year on a good foot."

Stephens had to work hard for the win over Babos, despite the deceptively one-sided scoreline.

"I knew I had to be patient, her serve is ridiculously good, so I knew I just had to hang in there and be patient," she said. "I thought I did that well today."

Stephens faces 31st seed Petra Martic in the third round and a potential quarter-final clash with second seed Angelique Kerber if she makes it that far.

She is seeking greater consistency at Grand Slams after strong performances last year to reach the final at Roland Garros and quarters at Flushing Meadows were offset by first-round exits in Australia and Wimbledon.

Stephens and Babos won three junior doubles Grand Slams together in 2010 and their familiarity with one another was apparent as they exchanged breaks early in the first set.

The American kept creating opportunities and was rewarded with another break to go up 5-3.

She struggled to convert her chances, requiring six break points in the next game before finally claiming the set.

Overall, she had 23 break points in the match and made only five of them count, underlining a worrying lack of killer instinct that she will need for a deep run the tournament.

There was more venom in Stephens' second set performance and she never looked back after snatching a break in the first game.

She also benefited from a poor performance from Babos, who committed 44 unforced errors and five double faults.