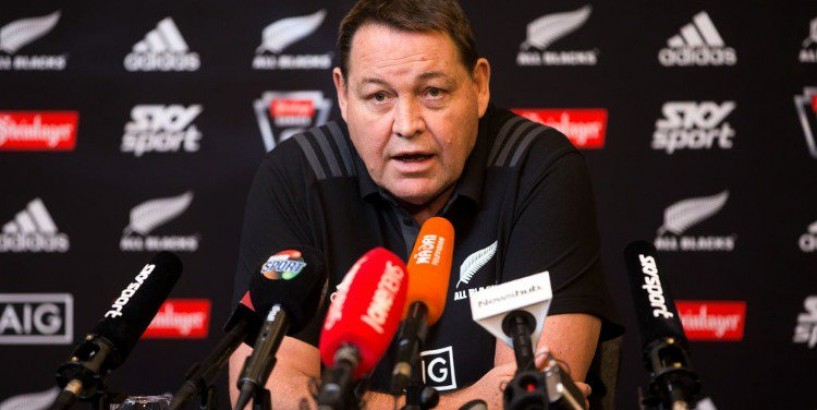 It's the new age Rugby World Cup which poses one of the sport's oldest questions - will a good big man beat a good little man?

Hulking packs and rushing defensive lines are being touted as the recipe for success at the first tournament staged in Asia, where an attack-minded New Zealand will pursue a third-successive Webb Ellis Cup.

Wales and Ireland have emerged as genuine contenders to win a maiden title, the former having bludgeoned their way to Six Nations glory while the Irish are affixed with the world No.1 ranking.

However, former champions South Africa and England are being given the greatest chance of preventing an All Blacks World Cup monopoly this decade.

Former Wallabies great Phil Kearns rates the Springboks and the English his co-favourites in Japan on the basis of their ferocious forward play.

South Africa impressed in claiming the Rugby Championship although Kearns reckons their campaign could be on shaky foundations given the cloud over talismanic lock Eben Etzebeth.

Former skipper Etzebeth is being investigated by prosecutors over his involvement in an alleged assault and racial abuse during a bar brawl last month.

"With South Africa, I think Etzebeth is a critical player so depending on what happens with him will be important for their chances," Kearns told AAP.

"But I just think the size of England and South Africa is going to be a difficult thing for teams to overcome.

"Both of them aren't lacking pace either, so when you've got those physical capabilities it's hard to beat.

Veteran coach Steve Hansen believes his All Blacks can overcome the inevitable suffocating defensive screens their opponents will erect.

He has played two trump cards in the lead-up, fielding dynamic pair Beauden Barrett and Ardie Savea out of position at fullback and blindside flanker respectively.

Both are potential tournament stars in a team whose high octane game plan has been designed with the firm grounds and hot conditions in mind.

"I think there's definitely been a swing or bias towards defence," Hansen said before his team left for Tokyo.

"But someone's going to crack that nut - the defensive nut that needs to be cracked - because history tells us that will happen.

"When it does then it will open up the floodgates for the attacking game to become strong again."

The size versus speed debate will get an early airing when the All Blacks and Springboks meet in Yokohama on Saturday in a highly anticipated pool opener.

Some patchy All Blacks form over the past two years has stripped them of the top ranking and eroded the aura they enjoyed at the 2015 event.

For that reason, the tournament is rated the most open in recent memory, with regular visitors to the knockout stage such as Australia, France, Scotland and Argentina also among those who can't be discounted.

The dark horses are Fij and Japan, with the hosts handed the sort of stage World Rugby has craved as it battles to expand its footprint in a potentially lucrative marketplace.