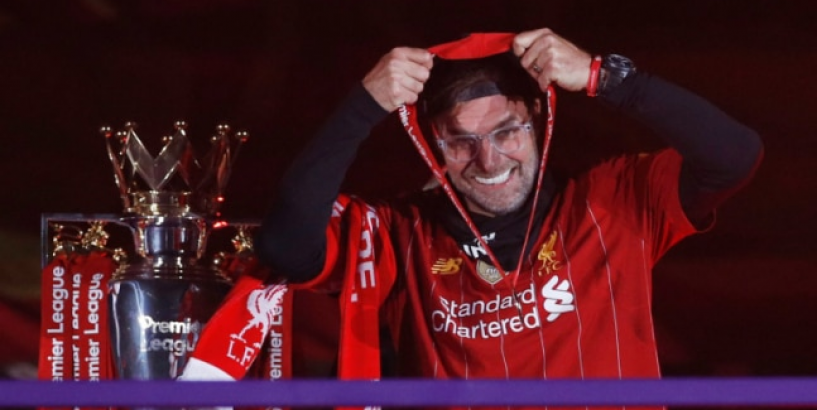 Former Manchester United manager Alex Ferguson said Liverpool's Juergen Klopp thoroughly deserved his success this season and was even willing to forgive the German for waking him up in the early hours of the morning to announce his league triumph.

Klopp was presented with the Alex Ferguson Trophy on Monday after being named League Managers' Association (LMA) manager of the year for guiding the Merseyside club to their first top-flight title in 30 years.

The title was sealed when Chelsea beat Manchester City 2-1 on a Thursday night in late June, but Klopp clearly waited a few hours before getting in touch with the sometimes gruff Scot.

"I will forgive you for waking me up in the morning at half-past three to tell me you won the league! Thank you," a jovial Ferguson said in a congratulatory video.

"You really thoroughly deserved it. The performance level of your team was fantastic. Your personality runs right through the whole club. I think it was a marvellous performance."

Ferguson, who made good his pledge to knock Liverpool off their perch by leading United to 13 titles from 1993 to 2013, enjoys a good relationship with Klopp and once sounded out the German about succeeding him at Old Trafford.