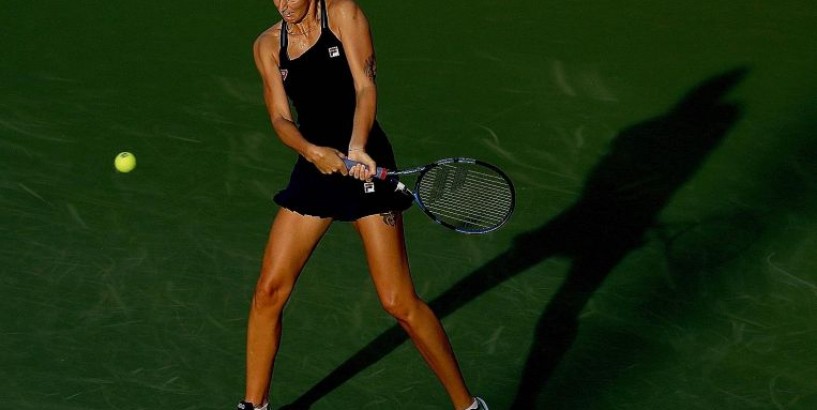 Rusty Pliskova and Kenin crash out

NEW YORK • Karolina Pliskova and Sofia Kenin are the top two seeds at the US Open starting next Monday, but with so little competitive tennis under their belt, it is likely to be a far more open field at Flushing Meadows.

Before Sunday, Pliskova had not played on the WTA Tour since Qatar in February, while Kenin was last on the court in March, capturing the Lyon title.

The women's circuit only recommenced earlier this month after a five-month coronavirus-enforced hiatus and the match rustiness was evident as the Western & Southern Open lost its top seeds in the second round.

Czech world No. 3 Pliskova, who had a first-round bye, slammed down 11 aces but also committed nine double faults in a 7-5, 6-4 defeat by Russia's Veronika Kudermetova.

"It didn't feel like I had any rhythm," said the fourth-ranked American. "I don't know why I let that happen.

"I literally couldn't feel the ball, like literally two sets. I don't even know how I came back, to be honest. It was really frustrating."

They were not the only big names to depart the hard-court event - the last one before the US Open - early.

Marketa Vondrousova continued her run of poor form as the Czech 10th seed lost 6-3, 6-7 (3-7), 6-4 to German qualifier Laura Siegemund in their first-round clash.

Last year's French Open finalist, who also lost in her opener at the Tour's restart in Palermo, was up a break 4-2 in the third and looking set for victory until her opponent swept the last four games.

In the men's draw, Greek fourth seed Stefanos Tsitsipas eased to a 6-1, 6-3 second-round win over Kevin Anderson of South Africa in 69 minutes, while Belgian seventh seed David Goffin sailed past Croatia's Borna Coric 7-6 (8-6), 6-4 into the third round.