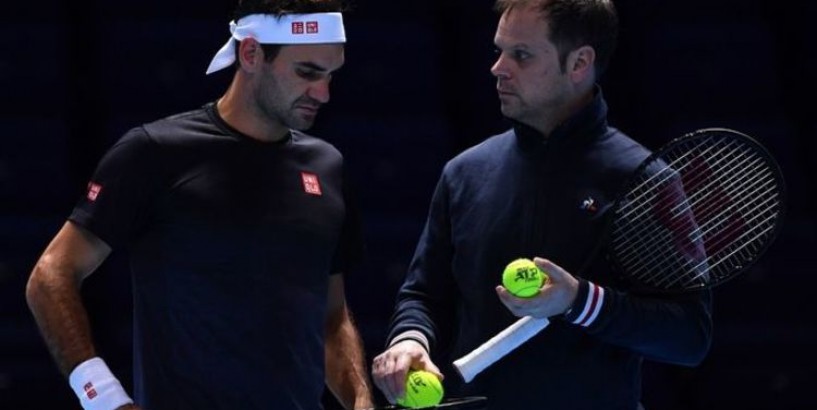 In February, Federer had an operation on his right knee for an issue that had been bothering him 'for a while'.

The 38-year-old was planning to return in June but those plans were scuppered by the coronavirus pandemic suspending the season.

In June, when Federer would have been expected to be at least practising, Luthi revealed the 20-time Grand Slam champion's recovery was 'not going as well as we expected'.

And days later Federer announced he had ' an additional quick arthroscopic procedure'.

JUST IN: Could Roger Federer follow his idol Michael Jordan and turn 2021 into his own 'Last Dance' Roger Federer and coach Severin Luthi (Image: GETTY)

Federer confirmed he would not play again this season and set his sights on being back at the start of 2021.

Luthi said: "Roger is doing well. Rehabilitation has gone according to plan after the 2nd surgery.

"No big intensity until know, he will start a physical fitness block with Pierre Paganini shortly."