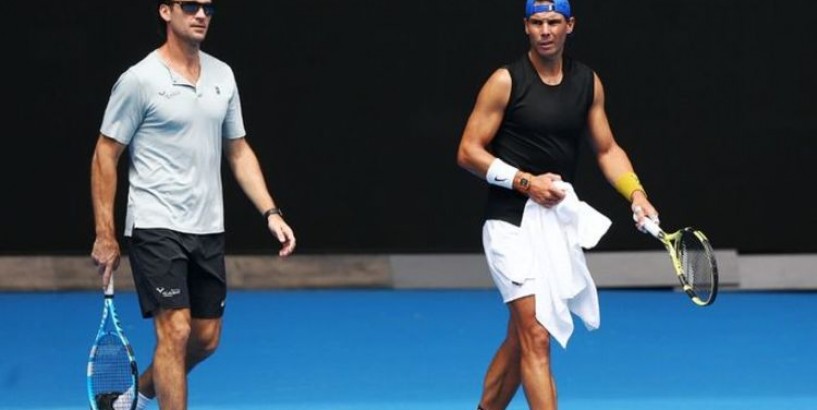 Carlos Moya has admitted to being surprised by Rafael Nadal winning Wimbledon but believes his innate strong mentality is the reason for the success. As a youngster, Nadal was known for his prowess on a clay court and he would go on to win the French Open at his first attempt in 2015 aged just 19.

Related articles Tsitsipas reflects on 'magical' moments with Federer and Nadal Tsitsipas reveals he'd love to replay specific Nadal showdown However, the following year, he proved he was more than just a clay specialist by reaching the Wimbledon final, where he would lose to Roger Federer.

In 2008, Federer and Nadal would meet in the final at SW19 for the third consecutive year and on this occasion it was the Spaniard who left Centre Court with the title, becoming just the second player from Spain to win Wimbledon.

Two years later, Nadal would win a second Wimbledon title, sweeping aside Tomas Berdych in three sets and prove once and for all that he was a player for all surfaces.

Speaking in a discussion on Eurosport’s Tennis Legends podcast, Nadal's coach Moya opened up on the 33-year-old's mental strength and expressed his admiration at the 19-time Grand Slam champion's competitive attitude.

Carlos Moya is in awe of Rafael Nadal's achievements (Image: GETTY) “I think you are born like that,” Moya said on Eurosport’s Tennis Legends podcast .

“I mean, you can learn a lot of things for sure. He learned that and improved in many ways, but you have to have it.

“Also his background is very good, he has a family that was to professional sport before, so for sure that helps.

“I mean, if you can teach that, we will have many Rafas and we don’t have that at all.

Rafael Nadal won his first Wimbledon in 2008 (Image: GETTY) READ MORE Roger Federer and Rafael Nadal 'suffering' most from coronavirus break “It’s amazing that a guy from Mallorca to win 19 Grand Slams, 12 French Opens. For me it was a big surprise that he won Wimbledon as well.

“But I think for sure you improve things but you are born like that and I have no doubt about that.”

Mallorca may be a small island but Nadal, Real Madrid star Marco Asensio and three-time MotoGP champion Jorge Lorenzo all hail from the region.

And Moya, another successful sportsperson born on the island, says Nadal gets his relaxed nature from his hometown.

Related articles Rafael Nadal coach on the key to surviving Daniil Medvedev comeback He added: "Mallorca is a calm island. We are called the ‘calm guys from the island’ and with the atmosphere we have here we take things very easy – you know, we are pretty relaxed, we like to chill. You know, I think in that sense, Rafa is like that.

“But then once he steps on the court, he becomes a beast.

"You know, he’s more than a hundred percent – I would say he never gives up. He’s always fighting.

“I think even if he loses, you know – as a coach, or Carlos as an agent – that he’s going to give his best.”