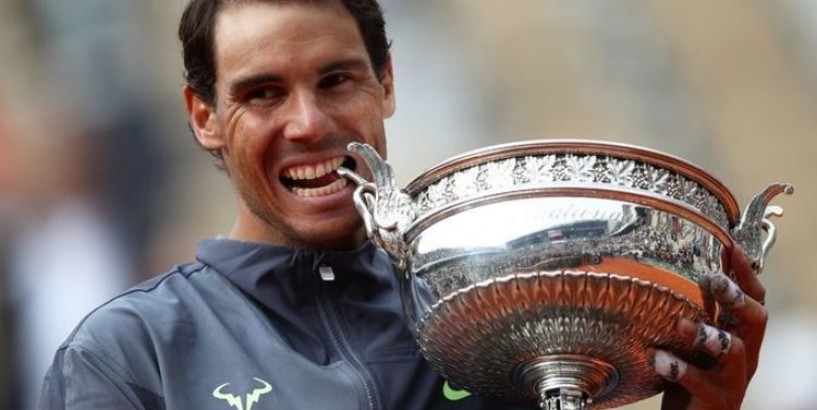 Rafael Nadal: US Open pull out claim made after French Open rescheduling

Rafael Nadal may opt to skip the US Open to focus his efforts on the French Open if the proposed tennis calendar remains the same. That is the view of former Swiss player Marc Rosset.

Related articles ATP Rankings freeze: Djokovic remains top, Nadal & Federer boost Novak Djokovic & Rafael Nadal would struggle if Wimbledon had no fans Earlier this week, the French Tennis Federation announced the French Open was being moved from its May 24 start date to September 20 because of the global coronavirus pandemic.

It means Roland Garros is scheduled to begin just a week after the men's singles final at the US Open in New York.

Nadal is the reigning champion at both events and had set his sights on defending them this year.

The French Open would be the culmination of a hectic summer which will see players cram Wimbledon, the Tokyo Olympics, two Masters 1000 events and the US Open into their schedule.

Rafael Nadal could face an awkward scheduling choice (Image: GETTY) With the French Open so close to the US Open, some players may decide to play just one of them.

Given Nadal's star power, neither event would want Nadal to withdraw but the Spaniard will be among many considering the impact of having to change surfaces so quickly.

But Nadal's 12 wins in Paris and love for clay means the French Open would most certainly be his top priority if he was forced to choose.

And speaking on Swiss radio station RTS , Rosset speculated whether Nadal would put the French first because it is "close to his heart".

The French Open chiefs made a bold decision to move the event (Image: GETTY) READ MORE Federer, Nadal and Djokovic plan for French Open examined He said: "We can wonder if a player like Rafael Nadal will remove the US Open from his calendar and focus on clay.

"Roland-Garros is a tournament that is close to his heart."

Meanwhile, Nadal's compatriot Feliciano Lopez believes the majority of players will play at the French Open despite the controversial rescheduling of the clay-court Grand Slam.

Speaking to Spanish publication AS, Lopez said: "It is an emergency situation.

Related articles Federer to ‘give everything’ at Wimbledon to deny Djokovic & Nadal Rafael Nadal gives support to French Open after scheduling coup "If it finally turns out that way, I imagine that tennis players will want to play and few people will skip [the French Open].

"This change of surface has usually happened to us with Davis Cup, who went from one surface to another in less than five days.

"Even at Wimbledon, because now there are three weeks away from Roland Garros, but before it was two and you went from clay to grass."