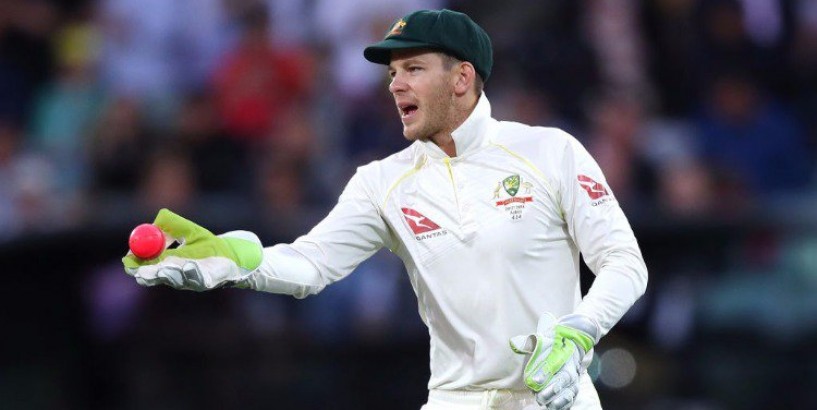 TIM PAINE of Australia passes the ball during a Test match of the 2017/18 Ashes Series at Adelaide Oval in Adelaide, Australia. Picture: Cameron Spencer/Getty Images

Sledged as a "temporary captain" and labelled an "accidental skipper" in the aftermath of the sandpaper scandal, Tim Paine's leadership will now become the stuff of Ashes legend.

Paine guided Australia to a 2-1 series lead on Sunday, meaning they've retained the urn in England for the first time since 2001.

The message delivered, both publicly and privately, from Paine was that the job isn't done and he wants to complete a series victory in London.

The fifth Test starts at The Oval on Thursday but regardless of that result, Paine will leave the country with a prize that is more revered by Australian cricketers than any other after passing one of the sport's toughest leadership tests.

Ricky Ponting led campaigns to England in 2005 and 2009 that ended in heartbreak.

Michael Clarke was at helm for Ashes tours in 2013 and 2015, the former started with the sacking of former coach Mickey Arthur then the latter prompted Clarke's retirement.

Paine, who emerged as the man for a crisis when Cricket Australia backed him to drive cultural change in the wreckage of the Cape Town cheating crisis, becomes the first leader to follow in the footsteps of Steve Waugh.

It is a remarkable story on several fronts for the 34-year-old, who was in England during the 2015 series but to play club cricket with Banbury.

Paine, out of favour at Tasmania, was contemplating first-class retirement in the winter of 2017. A couple of months later he was given a chance to extend a four-Test career that looked certain to start and finish in 2010.

"I could have been working at Kookaburra, so this isn't bad," Paine reflected.

"My dream was to come here and win an Ashes. I certainly didn't want to be the captain winning the Ashes, it doesn't mean any more or any less to me.

"It's a nice place to play cricket but it is bloody difficult in England if I am honest. I couldn't be more proud of the way our group have handled everything thrown at them ... this has been two years in the planning."

A shock Test recall for the wicketkeeper, whose recurring broken finger derailed his international career, led to his first taste of the Ashes at the Gabba in 2017.

Paine has since had to work hard to heal fractured relationships and improve on-field performance, having suffered the ignominy of watching counterpart Virat Kohli lead India to their first Test series win in Australia against a side weakened by Smith's absence.