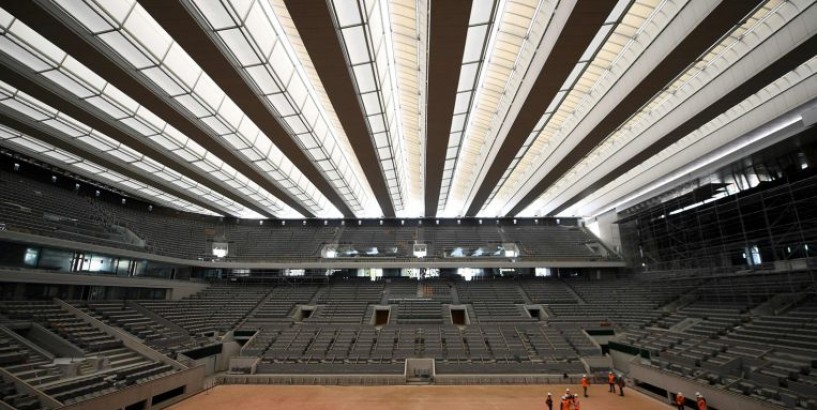 PARIS • Roland Garros chiefs insisted on Wednesday night that the French Open, delayed until September because of the coronavirus pandemic, will have fans in attendance even if they will have to abide by social distancing rules.

The clay-court Grand Slam was pushed back by four months due to the outbreak.

Fans who bought tickets for the event in its original May-June slot were reimbursed, prompting fears the tournament, now due to start on Sept 20, would be played behind closed doors.

But Jean-Francois Vilotte, the director-general of the French Tennis Federation (FFT), said the body was working towards the prospect of having fans, which would make it not only the first Slam to do so, but also the first tennis event since the outset of the pandemic.

However, he admitted it was not a guarantee and would depend on how the Covid-19 disease develops.

He said: "In the autumn, we will play Roland Garros with an optimum spectator capacity which allows fans to respect social distancing. The aim is that there will be spectators, but we will have the capacity to organise Roland Garros, whatever the option decided, including behind closed doors."

A working group has been created consisting of the ministries of sports, foreign affairs as well as Roland Garros and health officials.

The French Open sits at the heart of the tennis ecosystem in France, with the event accounting for 80 per cent of the FFT's revenue.

That is why organisers hope fans can attend, even in a limited capacity. Vilotte confirmed tickets would go on sale in that scenario.

"We have set ourselves a deadline... but you will not know it," he added.

The Frenchman also played down the possibility of night sessions, despite Roland Garros having eight floodlit courts, including all three showpiece arenas - Philippe Chatrier, Suzanne Lenglen and Simonne Mathieu.

"The point is not to schedule matches late at night, but to finish the matches started," he said.

As for the risk of rain, which is greater in the Parisian autumn, the Philippe Chatrier court now has a roof, bringing the tournament in line with the other three Slams.

"The objective was to respect the outdoor nature of the tournament," said Vilotte. "It is not a closed court, contrary to what exists at Wimbledon, the Australian Open and the US Open, where the roofs hermetically seal the stadiums to air condition them."

It can cover the court in 15 minutes, while allowing air to pass through the sides and its efficiency was tested during torrential rains that lashed Paris a few weeks ago.

"It was baptised," said Vilotte. "The roof was absolutely not affected by these rains and the water drainage channels worked without any of them overflowing."

Tennis has been suspended globally since mid-March, with the ATP and WTA Tours not set to return until August at the earliest.