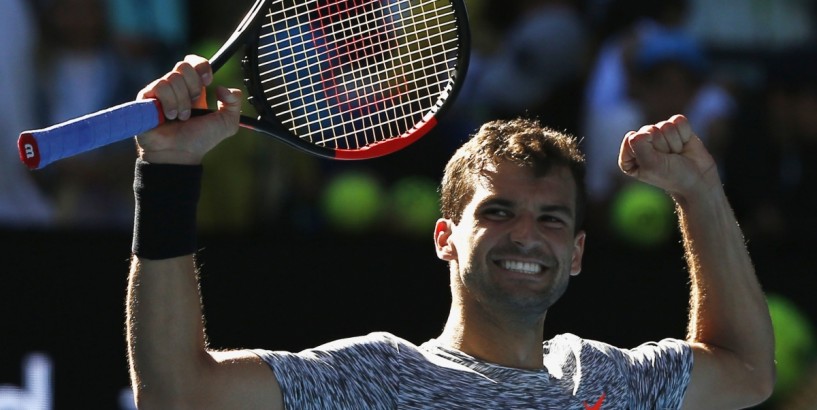 Not Ready to Compete At The Highest Level: Grigor Dimitrov

World No.19 Grigor Dimitrov has conceded that he isn't ready to play top-level tennis yet after recovering from COVID-19 recently. Dmitrov was one of the few players who had tested positive for the deadly virus after taking part in Novak Djokovic's disastrous Adria Tour exhibition event last month.

Dimitrov recently made a return to the court over the weekend as he took part in the Ultimate Tennis Showdown event in France. He lost both his games and later admitted he is still far away from competing at the top-level.

Grigor Dimitrov Reuters Long Way from Top Level Form "I am not ready to compete at the highest level. I don't shy away from that. I admit it. Being home for so long never I think never helps," Dimitrov was Quote: d as saying by Tennis Majors . "There is a lot of work to be done, but for me and as I've always said in my career so far is that health has always been my number one priority."

Apart from Dimitrov, Borna Coric and Viktor Troicki had also tested positive for the virus following their participation in the Adria Tour. Later, World No.1 Djokovic had announced that he and his wife were diagnosed with COVID-19 as well.

Self-Isolation a Laborious Experience Dimitrov gave an insight as to how he felt while being under self-isolation during the period. "I think it's different for everyone. I was not breathing well. I was tired. I had no taste; no smell. Everything you could possibly think of. So it was no fun," Dimitrov said.

"To be honest I'm lucky to be on the court right now. I don't take each day for granted. I really appreciate being here. It's so nice that during time off you can come out and play with your competitors," he added.