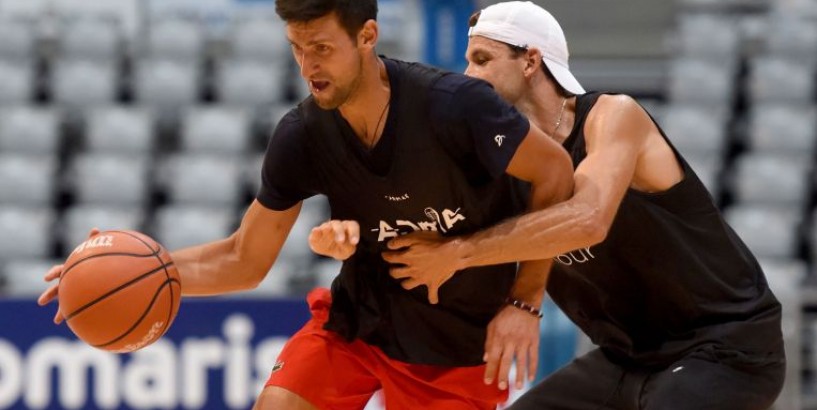 Not a joke: Djokovic event under fire after Covid-19 cases,

ZAGREB • Outspoken tennis star Nick Kyrgios led a barrage of criticism against the "boneheaded" decision to hold Novak Djokovic's charity event in Croatia, after Borna Coric revealed he had become the second high-profile player to test positive for the coronavirus.

Croatia's Coric, who played in the Adria Tour exhibition tournament last week, joined Grigor Dimitrov in getting the Covid-19 infection.

Dimitrov's coach Kristijan Groh and world No. 1 Djokovic's fitness coach Marko Paniki also tested positive, raising concerns for governing bodies who are bidding to restart the sport after a shutdown since March.

Last week, the ATP and the WTA issued revised calendars for the resumption of the circuit from August. But those plans may need to be redrawn, after the risks of athletes from different countries mixing without adhering to social distancing norms were highlighted.

"Boneheaded decision to go ahead with the 'exhibition' speedy recovery fellas, but that's what happens when you disregard all protocols. This IS NOT A JOKE," Australian Kyrgios said in a scathing social media post that featured three facepalm emojis.

Bulgarian world No. 19 Dimitrov played in Djokovic's event in Belgrade and the second leg in the Croatian coastal resort of Zadar as did other top names like Austria's Dominic Thiem (world No. 3) and Germany's Alexander Zverev (7).

The tournament witnessed packed stands in Belgrade, players hugging at the net, posing for pictures and attending press conferences together.

Serbian Djokovic organised nights out in Belgrade and pictures and videos of him dancing with the other participants at his event were posted on social media. With both Serbia and Croatia easing lockdown measures weeks before the event, players were not obliged to observe social distancing rules in either country.

The Sunday final between Djokovic and Russia's Andrey Rublev was cancelled as a precaution once Dimitrov tested positive.

Goran Ivanisevic, the director of the Zadar leg and Djokovic's coach, was greeted with jeers from fans when he broke the news courtside.

BLAST FROM DOWN UNDER

Boneheaded decision to go ahead... speedy recovery fellas, but that's what happens when you disregard all protocols.