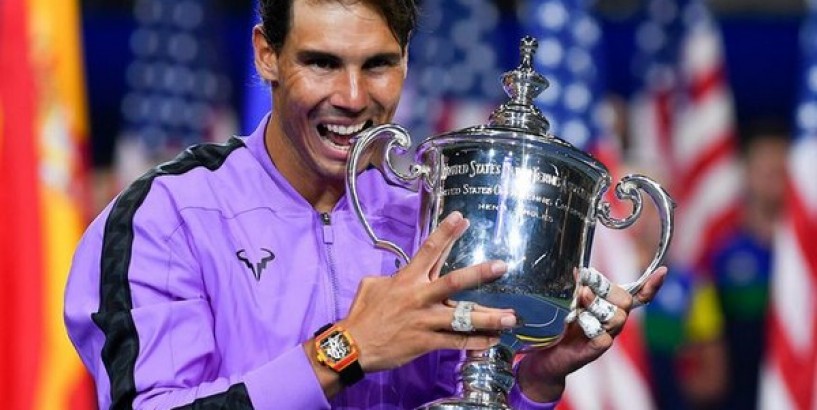 "Well yes I'm crying but these are tears of joy and happiness #USOpen #USOpenFinals #USOpen2019 #Nadal," one fan tweeted.

"A lot can change in a few months. From struggling to regain his form on his favourite surface and thinking about taking a break to winning not only Rome and (the 12th!) RG but also a M1000 and a GS on hard courts. Simply Rafa el Nadal things. Unmatched passion and will," another fan tweeted.

"Kudos to the likes of Stan Wawrinka and Andy Murray who could win more than 1 Grand Slam title in the era of Federer, Nadal and Djokovic. It's not easy to do. We don't give them enough credit. #USOpen," one fan tweeted.

Nadal was the favourite to win the final and started off with comfortable victories in the first two sets.

The 23-year-old Russian fifth seed gave a massive scare to Nadal as he shifted styles and won the next two sets in the enthralling match. With the fourth set tied, there was a chance for Medvedev to create an upset and repeat yesterday's script where Canada's teen sensation Bianca Andreescu shocked US' tennis ace, Serena Williams.

However, in the fifth set, Nadal, with his resilient attitude, continued his natural attacking game and finally overcame the obstacle to breeze away to his fourth US Open crown. (ANI)