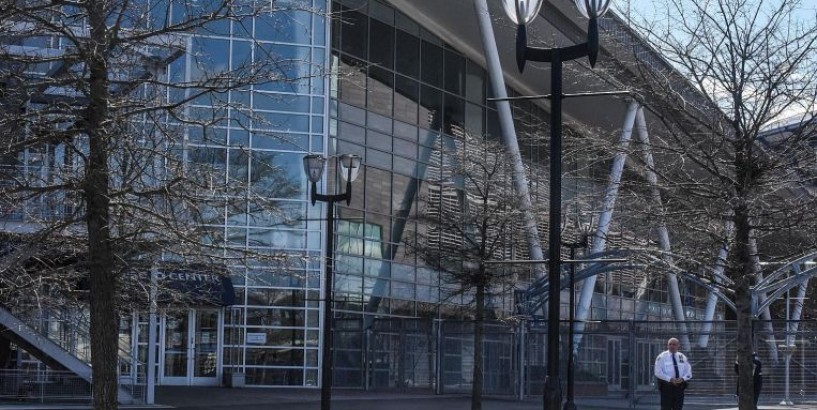 Murray concerned but getting ready for US Open

LONDON • Britain's Andy Murray is still feeling "apprehensive" about travelling to New York for the US Open amid the Covid-19 pandemic but the former world No. 1 is mentally preparing for the Grand Slam.

The United States has the highest number of confirmed Covid-19 cases in the world and reported over 50,000 cases daily during the last seven days.

The US Open, which is due to start on Aug 31, will be held without spectators, and organisers are planning to set up a strict bio-security "bubble" around the tournament to mitigate the risk of contracting the coronavirus.

"Four or five weeks ago, we were pretty sceptical about it," Murray, 33, told the British media. "But mentally at some stage you need to start preparing and planning for that.

"If it wasn't happening, my schedule for practising, my rehab, would all be a bit different.

"Mentally I'm planning for it to go ahead."

The three-time Grand Slam winner, who made his Major breakthrough at Flushing Meadows in 2012, returned from a seven-month injury layoff last month at a charity event organised by his older brother Jamie, 34.

"The issue for us is the travel, so we'll probably be a bit apprehensive getting over there," said Murray. "Hopefully the US Open can go ahead... but if not, I'm also OK with that. It's not like I'm saying it must go ahead.

"So long as it's safe for the players then we need to try to get back to competing."

Several leading figures have cast doubts over the US Open, including world No. 1 Novak Djokovic, who earlier this month said he was undecided over whether to travel for the tournament.

The ATP and WTA Tours have been suspended since March.

Tennis chiefs last week cancelled the Citi Open in Washington DC due to mark the resumption of the men's tennis season over "continued uncertainties".