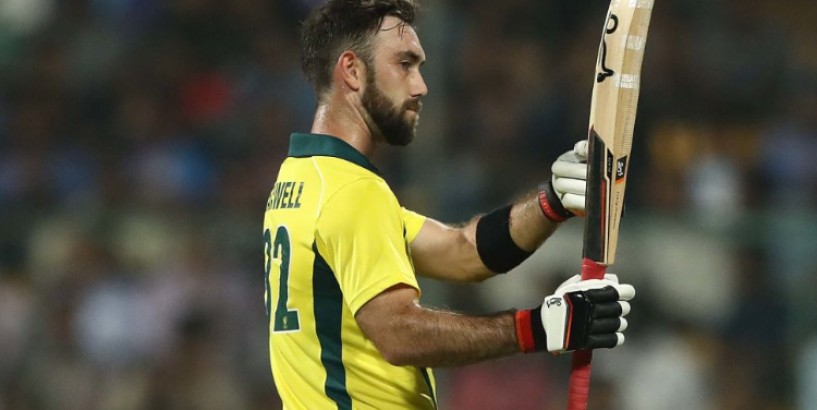 GLENN MAXWELL of Australia celebrates scoring his fifty runs during game of the T20I Series between India and Australia at M. Chinnaswamy Stadium on in Bangalore, India. Picture: Robert Cianflone/Getty Images

A mentally-exhausted Glenn Maxwell wanted his arm to be broken during Australia's World Cup campaign last year so he could have a break from international cricket.

He didn't realise it at the time but the star allrounder was battling mild depression and anxiety.

Falling into a dark place would eventually lead to Maxwell stepping away from the game last October for more than a month.

The 31-year-old has revealed just how bad things got more before he took his mental health break.

"I knew he (Marsh) was in trouble when he came in, and immediately I felt bad for him," Maxwell told the Ordineroli Speaking podcast with Neroli Meadows.

"I just thought I hope he's OK, and if anything, I wish we could swap our news (suspecting Marsh's arm was broken).

"We went to the hospital together and we were both sitting there, I think both hoping for opposite news.

"When I got hit, I was angry and a part of me was hoping (my arm) was broken.

"I was like 'this is it, I just need a break'... I was thinking about things I could do on the way back to snap it.

"I had anger at other people and it didn't make sense, but I was angry at myself for not being able to produce at all this World Cup.

"I thought it would've been an easy escape because I felt like I was going to get dropped at some stage and I thought maybe this is the way."

Maxwell played in Australia's last two games of the ODI tournament, including the thumping eight-wicket semi-final defeat to England, but he continued on a downward spiral.

He entered October's Twenty20 series against Sri Lanka knowing he was about to walk away from the game but still fired with the bat.

"You're taking down an international attack and just not enjoying any bit of it."

Maxwell returned to captain Melbourne Stars and was named in the BBL's team of the tournament.