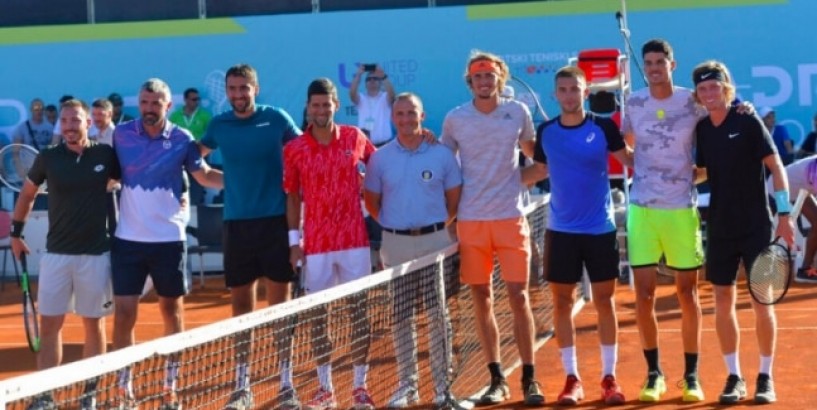 World number one Novak Djokovic tested positive for COVID-19 on Tuesday, days after he hosted a number of players in the Adria Tour exhibition tournament in the Balkan region.

Djokovic was criticised for hosting the tournament amid a pandemic after Grigor Dimitrov, Borna Coric and Viktor Troicki also returned positive tests after playing in the tournament that was held in Serbia and Croatia.

Following are reactions from the tennis world to the Serb’s positive test:

"Prayers up to all the players that have contracted COVID-19. Don’t @ me for anything I’ve done that has been 'irresponsible' or classified as 'stupidity' - this takes the cake," the Australian wrote on Twitter.

"Yikes this is not good and it’s a pattern. Hope Novak will be ok of course! What now, U.S. Open? Roland Garros? We have a lot of work to do," she wrote on Twitter.

"When I sent out a tweet a couple weeks ago about that event in Serbia I said yeah it looks like a normal tennis event to me. I'm not sure everyone got my point," he said in a video on Twitter here

“Maybe they are starting to get it now. Nothing’s foolproof so don’t be foolish. That’s my message.”

Over the past two days, organisers have also been criticised for allowing stands to be packed with fans during the opening leg in Belgrade. With no social distancing rules in place in Serbia, players hugged at the net, played basketball, posed for pictures, attended press conferences and were out dancing together.

“I don’t think he should be having a players’ party and dancing all over each other,” Evans said.

“Players have tested positive. He should feel some responsibility in his event and how it’s transpired, really.

“It’s very unfortunate that Grigor has it and Coric has it but you strip it back, is it a surprise? I think that’s the question we should all ask.”

"If Novak doesn’t get COVID I’m going to start blessing my water with positive vibes," the American said.

"Last one for the Djokovic fan club who abused me last week after all I said was the first priority should be health and not how many people the top players can bring to a slam," she wrote on Twitter here "It’s awfully quiet right now."

"It’s only inevitable that all these boneheaded decisions are possibly putting U.S. Open at risk. Which means this also affects some 300+ players. Nobody is bigger than the sport," he tweeted here

"It’s just not okay. Reckless and disappointing that they thought tennis deserved the risk," he said on Twitter.

"Wait Djokovic is the guy who was enraged at U.S. Open for only allowing 1 entourage in, but ok with Qs (qualifiers), wheelchair, juniors to be cancelled but lobbied hard for more of his team to be able to go. The men’s tour directly impacts the women's tour before anyone starts," she said.

IndiaToday.in has plenty of useful resources that can help you better understand the coronavirus pandemic and protect yourself. Read our comprehensive guide (with information on how the virus spreads, precautions and symptoms), watch an expert debunk myths , and access our dedicated coronavirus page . Get real-time alerts and all the news on your phone with the all-new India Today app. Download from