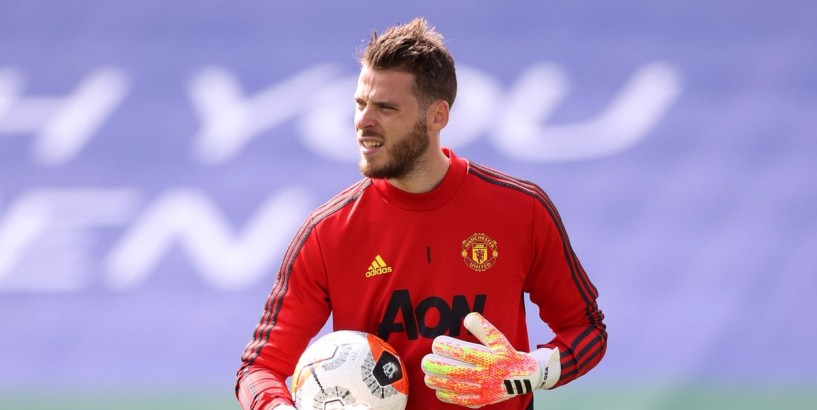 Come on in and join the club! Get our daily Manchester United email newsletter Sign me up! When you subscribe we will use the information you provide to send you these newsletters. Sometimes they’ll include recommendations for other related newsletters or services we offer. Our Privacy Notice explains more about how we use your data, and your rights. You can unsubscribe at any time. Thank you for subscribing We have more newsletters Show me See our privacy notice Invalid Email Manchester United may have dropped a big hint over their transfer plans after advertising a scouting role on the club's website.

Boss Ole Gunnar Solskjaer is expected to spend this summer as he bids to close the gap to Liverpool and Manchester City and turn United back into Premier League title challengers.

Borussia Dortmund star Jadon Sancho is believed to be the Red Devils' top transfer target, while the club have also been linked with Aston Villa midfielder Jack Grealish and out-of-contract centre-half Jan Vertonghen, among others.

The role of United's first-choice goalkeeper has also been under some discussion, with David de Gea having come under pressure this season following a series of high-profile mistakes.

And a crucial role of the scouting job being advertised by the club will be to focus on seeking out talented keepers, according to the club's website.

The post states that the purpose of the role is to "identify players who demonstrate the potential to play for the first team".

One of the key functions of the role will be to deliver a "comprehensive performance analysis service with a specific emphasis on goalkeepers".

United already have one of England's most promising young keepers on their books, with Dean Henderson having enjoyed an impressive season on loan at Sheffield United.

However, the 23-year-old will not want to be a bench-warmer for De Gea, and has emerged as a target for Chelsea , while the Blades are also keen to make his stay with them permanent.

De Gea was criticised after his mistakes in United's FA Cup semi-final defeat to Chelsea, while club legend Roy Keane said he "would have been swinging punches" at the keeper after an error in the build-up to Tottenham's goal in a 1-1 draw between the sides last month.

Reports have suggested United could make an audacious move for Atletico Madrid shotstopper Jan Oblak - who is also believed to be on Chelsea's radar.

Lee Grant is also on their books, and made one appearance in the Europa League this season.

Sergio Romero, who has spent several seasons as De Gea's understudy, is being linked with an exit, and Leeds are reportedly keen on him.

Keane, meanwhile, has told United they must axe De Gea if they want to return to the top of English and European football.

"I've never been a big fan of his," Keane told Sky Sports.

"He makes far too many mistakes, big mistakes that cost United big points.

"Strikers are dropped or sold, same with midfielders, but for some reason, with goalkeepers, they think we have to stick with the goalkeeper for a bit longer than others because of something they did two or three years ago."