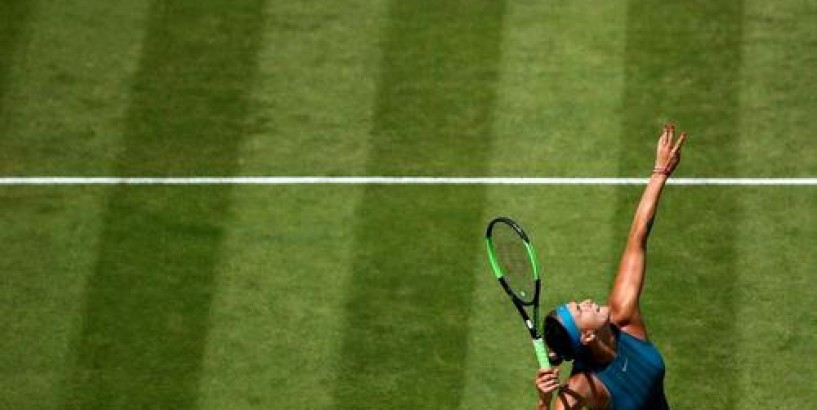 While the global tennis tours brace for the economic shock of the pandemic, the British game looks surprisingly well positioned to ride out the storm.

That was the message from Wednesday's publication of the Lawn Tennis Association's annual accounts. They revealed an £8.7m operating profit, up from an operating loss of £6.3m last year. Revenues also climbed, from £64.5m to £77.3m, although most of this can be attributed to a record subsidy from the All England Club, which exceeded £50m for the first time.

In the circumstances, some might query whether the LTA - who also disclosed total equity of £175m including £14.9 in cash - could have got by without tapping into taxpayer funds as part of a furlough programme that applied to around half their 280-odd employees.

When consulted on this point, the LTA said that they are experiencing significant uncertainty with regard to next year's Wimbledon surplus. Although the All England Club had the foresight to invest in pandemic insurance, this is likely to provide only 60 to 70 per cent as much funding for the LTA as a normal Wimbledon.

In other words, revenues could well drop back to somewhere around £55m for the 2020 financial year - and that would be a significant blow for an organisation with a £20m wage bill.

The LTA received support today from Toby Perkins MP, chairman of the all-party parliamentary tennis group. "I think it is legitimate for an organisation like the LTA to utilise the furlough scheme," Perkins told the Telegraph. "Whilst there was a significant operating profit last year, tennis players and fans want to see that money being invested in tennis and I anticipate that there will be a huge loss to the LTA from events cancelled in 2020."

Even with the AELTC's insurance, the non-staging of this summer's Wimbledon is by far the biggest pandemic-related cost for the LTA. While it is true that the Fever-Tree Championships at Queen's Club might also deliver a profit, that does little more than cancel out the losses incurred by running other events such as Nottingham, Birmingham and Eastbourne.

While the LTA are shielded from the worst of 2020's downturn, the same is not true for the United States Tennis Association or the French Tennis Federation, who face catastrophic losses if they cannot stage their respective grand-slam events later in the year.

The USTA generates 80 per cent of its revenues (around $400m) from the US Open while the FFT makes around E260m from the French Open. Both organisations will be forced to lay off staff and cut back on investment if these income streams evaporate completely.