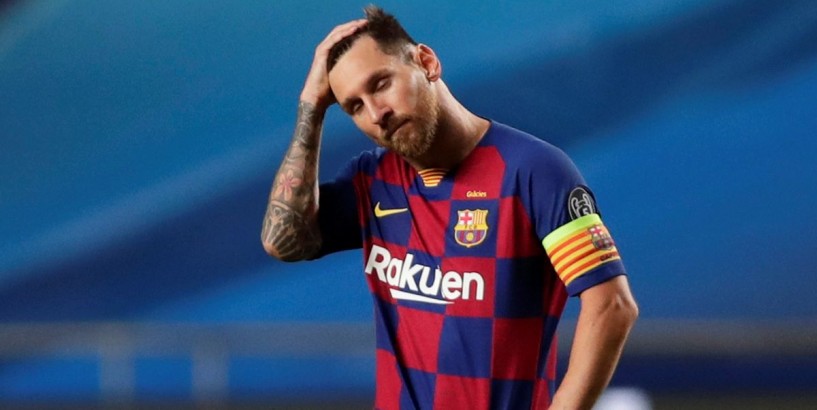 Get all the very latest news in Ireland straight to your email every single day Sign up! When you subscribe we will use the information you provide to send you these newsletters. Sometimes they’ll include recommendations for other related newsletters or services we offer. Our Privacy Notice explains more about how we use your data, and your rights. You can unsubscribe at any time. Thank you for subscribing See our privacy notice Invalid Email

Lionel Messi has been urged to "think about his future" by former Barcelona team-mate Deco.

The Argentine is rumoured to be considering his next move after a challenging year at the Nou Camp.

Barcelona failed to win a trophy for the first time in over a decade as they went through two managers and were humbled in the Champions League.

Deco, who claimed Europe's top prize with Porto in 2004, has challenged the six-time Ballon D'Or winner to base his decision on where he is best placed to win honours

"I don't know [if Messi will leave], but he has a contract," he said. Lionel Messi is thought to be considering his future (Image: REUTERS)

"He is a player who wants to keep winning and it will depend on what Barca does when it comes to offering him a competitive team. I haven't spoken to him, but I'm sure that's what he thinks.

"I think he has to think about his future at a sporting level. It is very difficult to make a decision because we are talking about the club of his life; it is not that he has been at Barca for three or four years.

"We are talking about the best player in the history of the club and his family is linked to the city. It's not easy.

"But it is also clear that he wants to keep winning. We cannot imagine a Barca without Leo, but it can happen." Barcelona failed to win any silverware last term (Image: POOL/AFP via Getty Images)