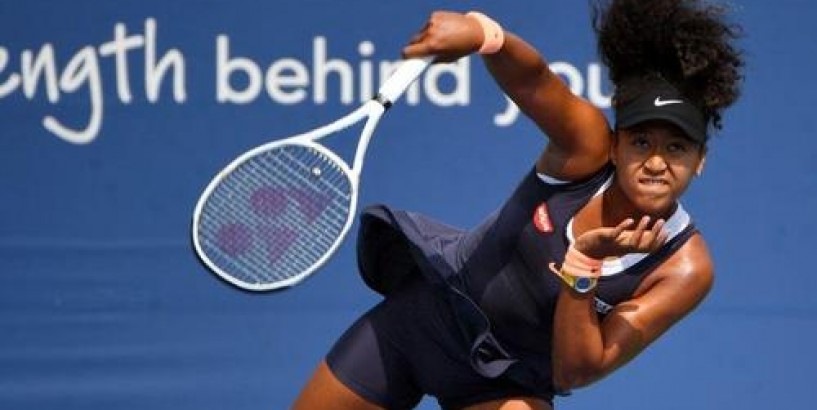 NEW YORK (Reuters) - At the end of a week when Naomi Osaka brought the fight for racial justice to sport's front door, it seemed fitting that another great tennis pioneer Billie Jean King should hail her quiet successor for her "compassion, strength and leadership."

King was far from alone in being deeply impressed by the actions of the quiet young champion who announced she would forgo her semifinal match in the Western & Southern Open in protest at police brutality and racial injustice in the U.S.

The 76-year-old King, so remarkable in her own lifelong fight for women's equality, recognised a kindred spirit as she told Reuters how she felt the fiercely determined 22-year-old was now following in an honourable sporting tradition.

"It has been more than 50 years since athletes like Muhammad Ali, John Carlos and Tommie Smith and the Original 9 of women's tennis all stood up and used their sport, their voices and their actions to change humanity," King said via email.

"The baton has been passed and Naomi has accepted it with open arms and that shows compassion, strength and leadership."

On Twitter, Osaka had grasped that baton with her declaration that "watching the continued genocide of Black people at the hand of police is honestly making me sick to my stomach."

Her semi-final withdrawal, virtually unheard of in tennis's modern era, prompted organisers to postpone Thursday's matches, days after the police shooting of Jacob Blake, a 29-year-old Black man in front of three of his children in Kenosha, Wisconsin.

"Her actions this week were a catalyst for change," King said. "She is putting people first, being authentic, and she is leading. I love what Naomi and her generation of athletes are doing today."

The stand of Osaka, who eventually won her semifinal Friday but had to drop out of the final with a hamstring injury on Saturday, prompted huge support throughout tennis and far beyond.

It all underscored the enormous influence that Osaka now wields, as a Black woman who competes for Japan, where she was born, but who spent most of her formative years in the U.S.

In May, she overtook her idol, Serena Williams, as the world's highest-earning female athlete, according to Forbes, all the while advocating against police brutality in the U.S.

"I don't know what would have happened if Naomi Osaka wasn't in the semi-finals," former U.S. Open finalist Pam Shriver told Reuters.

"She's led the way either with her racket or with her statements into a position of really good, modern-day leadership."

Osaka told reporters this week she wasn't sure "if it's a light bulb or if there was any particular moment" that prompted her to act, but said it has "been building" for some time.

"I do believe she is going to be a future leader, I believe she is a present leader," James Blake, a former world number four who is now Tournament Director of the Miami Open, told Reuters.

"She's the one that in my opinion that forced the hands of the ATP, WTA, USTA."

In 2015 Blake, who is Black, was tackled without provocation or warning by a New York Police Department officer while on his way to the U.S. Open, in what the NYPD said was a case of mistaken identity.

"Tennis now knows why Osaka was sitting out," he said. "I respect her so much."

Osaka, who will play her first-round match at the U.S. Open on Monday against Japan's Misaki Doi, first rocketed to fame two years ago at Flushing Meadows, where she defeated 23-time Grand Slam winner Williams, herself a great sporting trailblazer.

"Players are using their voice more, especially Coco," Osaka told reporters this week. "I feel like maybe this generation of tennis players won't be too scared of the consequences of (saying) things that are on their mind."

Osaka showed a profound sense of self at an early age, her former coach Patrick Tauma told Reuters.

"(She had) a very strong character and she could solve any problem - it could be physically, technically or mentally," said Tauma, who worked with her for a year when she was 15. "She was strong, not scared by anybody."

Such qualities will serve the new trailblazer well.