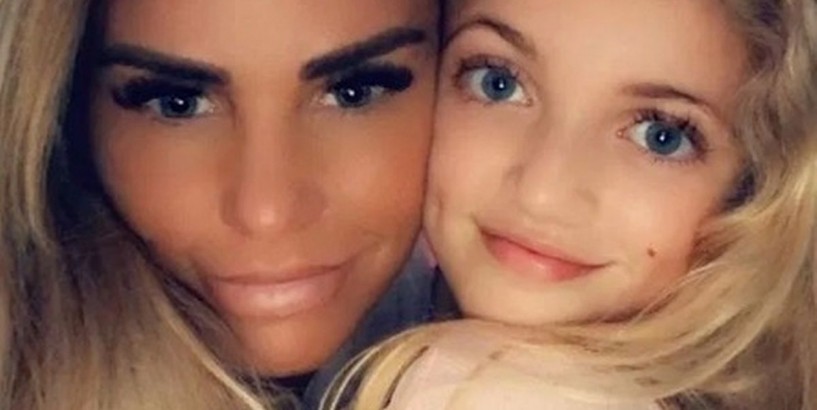 Celebs Katie Price's daughter Princess shares update on big brother Harvey after hospital dash Harvey spent more than a week in hospital, and days in intensive care, after he was left struggling to breathe and at risk of organ failure Share Nika Shakhnazarova Celebrity & Showbiz Reporter 23:47, 28 JUL 2020 Click to play Tap to play The video will start in 8 Cancel Play now

Katie Price 's daughter Princess has given fans an update on her big brother Harvey who was recently rushed to hospital.

Harvey spent more than a week in hospital - with some days even being holed up in intensive care - after he was left struggling to breathe and at risk of organ failure.

But last week, the 18-year-old was finally able to leave hospital after spending 10 days under the watchful eye of doctors.

And now 13-year-old Princess - whom Katie shares with ex-husband Peter Andre - took to Instagram to inform worried fans on how Harvey is getting on now that he's home.

Daily Star Online reports that Princess hosted an Instagram Live video from the Turkish villa that she jetted off to with mum Katie and her new boyfriend Carl Woods, 31, and 15-year-old brother Junior. Katie Price's daughter Princess has given fans an update on Harvey Read More Love celebrity gossip? Sign up for the Mirror's daily newsletter for all the juiciest news

As one fan asked how Harvey is doing, Princess responded: "Harvey is good thank you.

"Harvey is not on holiday with us because of Covid as if he gets Covid he will not be very well." Harvey was last week able to leave hospital after a worrying 10 days (Image: Katie Price/Instagram) Read More Katie Price gets new teeth done as she flies out to Turkey with Carl Woods

Following his health woes, Katie, was looking forward to taking Harvey on holiday but was heartbroken after being told by doctors that he could not come.

A representative for Katie told Mirror Online: "Doctors have advised Harvey would be best advised not travel at this time. Katie has taken the doctors' advice and made the necessary arrangements for Harvey. Katie Price jetted off to Turkey with new boyfriend Carl Woods and two of her kids (Image: Instagram) Read More Katie Price 'suffered lip filler mishap and couldn't smile' before Turkey getaway

"To say this has been a difficult week is an understatement - Katie thanks her supporters for keeping her strong for their ongoing support especially for Princess and Harvey and indeed her whole family in what has been an extremely testing time."

Doting mum Katie Price told fans in a YouTube video that she tried visiting Harvey as much as she could during the last week as doctors ran tests on Harvey. Harvey was holed up in intensive care, but is finally home now (Image: katieprice/Instagram) Harvey Price's hospital dash