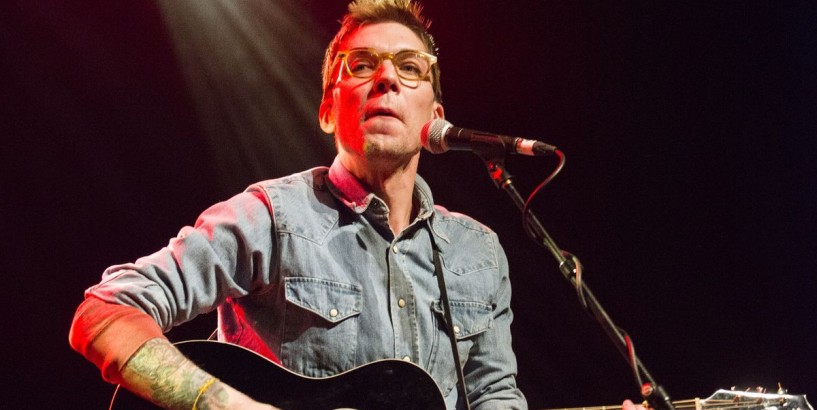 This was accompanied by several lyrics from his 2014 record, Looking for a Place to Land.

Justin had battled drug and alcohol addiction in the past, something that had also blighted his father Steve.

Speaking in 2017 to podcast Walking the Floor, Justin claimed that he was finally sober after finding another way to channel his addictions.

He said: "I got all my craziness out of the way as a coffeehouse musician and a roadie." Nashville-born Justin Townes Earle has battled addictions in the past (Image: Newcastle Chronicle) Read More Piers Morgan told to 'f*** off' over Meghan Markle comments by Bette Midler

Justin was born on January 4, 1982 and his father Steve named him after his friend, songwriter Townes Van Zandt, much to the annoyance of his mother Carol.

Speaking to Rolling Stone last year, Justin revealed: "My mother hated Townes Van Zandt. My first name was supposed to be Townes, but my mother would not have it.

"She hated him because of the trouble that Dad and him got into but she still played his music."

Justin made his debut on the music scene with 2007 EP, Yuma.

He won Song of the Year at the 2011 Americana Honours & Awards for Harlem River Blues after picking up the Emerging Act of the Year in 2009.

In 2012, he was nominated for Artist of the Year as his legacy continued to grow. Justin Townes Earle was a renowned performer of roots and Americana (Image: Redferns via Getty Images) Read More Rose McGowan accuses Alyssa Milano of making Charmed set 'Toxic AF' in clash

The Nashville-born star once spoke about performing with his father for the first time, when he was just 17.

Justin told Rolling Stone: "Me and my dad played a few Doc Watson songs. We’re Earles, we’re arrogant, and we always feel good about what we do, but it was intimidating.

"I’ll tell you, the second time we played together, I had to play with him and Guy Clark at MerleFest, in front of Doc Watson. It scared the s*** out of me.”