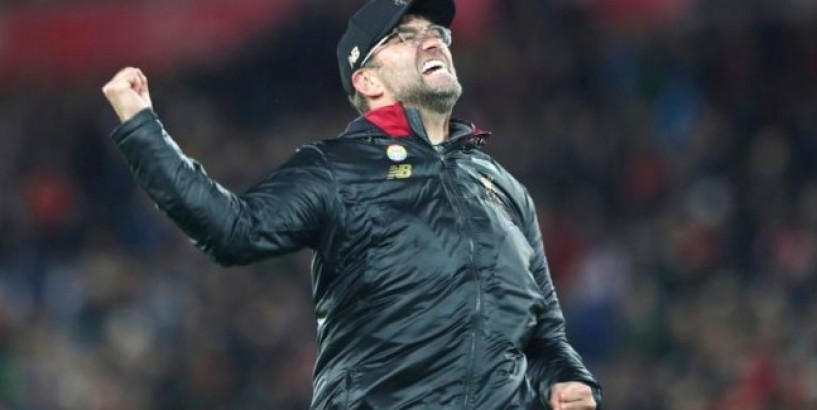 Klopp ran onto the field and jumped into the arms of Liverpool goalkeeper Becker after Origi's injury-time goal (AP Photo) HIGHLIGHTS Klopp said after the match that he regretted his actions Klopp also apologized immediately to Everton manager Marco Silva The Liverpool boss accepted the charge of misconduct by the English Football Association Liverpool manager Jurgen Klopp was fined 8,000 pounds ($10,183) on Tuesday for running onto the field of play after Divock Origi scored a 96th-minute winner in the weekend's Merseyside derby against Everton at Anfield.

The German had admitted a charge of improper conduct and accepted the standard penalty after his wild celebration on Sunday.

"I couldn't avoid it obviously... if there was no rule we as managers would do it every week. That's what rules are for and if you break rules you have to be fined for it," he told reporters.

"I don't think anyone thought it was massively wrong. It happened, a fine, I'll pay it, no problem."

Klopp said his forward Sadio Mane faced a late fitness test to be in contention for Wednesday's Premier League trip to Burnley after sustaining a foot injury.

Senegal international Mane suffered a cut that required several stitches during Sunday's 1-0 victory over Everton in the Merseyside derby but Klopp refused to rule out the 26-year-old.

"Sadio really had an awful cut on his foot. It needed to be stitched. He is okay but walking around here now in flip-flops -- and you don't play in flip-flops," he said.

"That means in this moment he is not ready, but we will see later."

Liverpool could also be without defender Andy Robertson who suffered a dead leg.

"With Robbo it is not that serious as with Sadio, but we need to have a look," said the manager.

Klopp was asked about the form of forward Roberto Firmino, who has gone off the boil this season, scoring just three goals in 14 league appearances.

"Nothing to worry about, it's a normal football season... we all have to go through this and everything will be fine."

Liverpool are second in the league with 36 points from 14 games while Burnley are second from bottom with nine points.