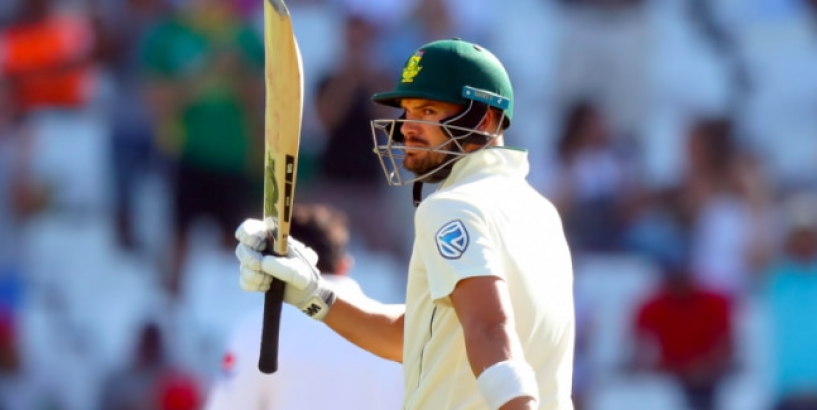 If it were to happen it would be amazing: Aiden Markram on South Africa Test captaincy

Opening batsman Aiden Markram has said he would give an “arm and a leg” to captain South Africa in Tests but admits doubting his own ability during a difficult 12 months in the longer format.

Markram, 25, is considered one of the front-runners to take over the Test captaincy from Faf du Plessis when South Africa return to five-day action, and would likely have been a shoo-in if his form had not dipped so dramatically in the last year.

“It is just nice to be considered and I’d give an absolute arm and a leg to be able to do it, but in the same breath I don’t want to become desperate about it,” Markram said in an interview released by Cricket South Africa (CSA) on Monday.

“It’s one of those things where if it were to happen it would be amazing. But if not, there are plenty of good leaders within the environment that will definitely take the team.”

Markram led South Africa to victory at the 2014 Cricket Under-19 World Cup, and had been tipped by current CSA director of cricket Graeme Smith as a future captain for the senior side.

“I really enjoy captaincy,” Markram said. “I enjoy the responsibilities that come with it. I have been able to watch from franchise captains to a guy like Faf and it is just something that I would love to do.”

But Markram must first regain his starting place in the side. The opener averaged above 45 in his first 15 tests, but in the next five managed only 183 runs at an average of 18.30.

He had a spell on the sidelines after injuring his hand when he struck a wall following a pair of ducks in India last year.

“I have certainly doubted myself and doubted my abilities,” Markram said. “At the top level, you’re just a few bad knocks away from people wanting you out of the team. I doubted myself quite a bit this last year.

“It’s a tough space to be in but it comes with the territory and if you want to be a top performer at a high level, you’ve got to find ways to deal with it.”

South Africa are next scheduled to be in action for two tests in the West Indies in late July, though that tour is under threat due to the COVID-19 pandemic. IndiaToday.in has plenty of useful resources that can help you better understand the coronavirus pandemic and protect yourself. Read our comprehensive guide (with information on how the virus spreads, precautions and symptoms), watch an expert debunk myths , and access our dedicated coronavirus page . Get real-time alerts and all the news on your phone with the all-new India Today app. Download from Do You Like This Story? Awesome!