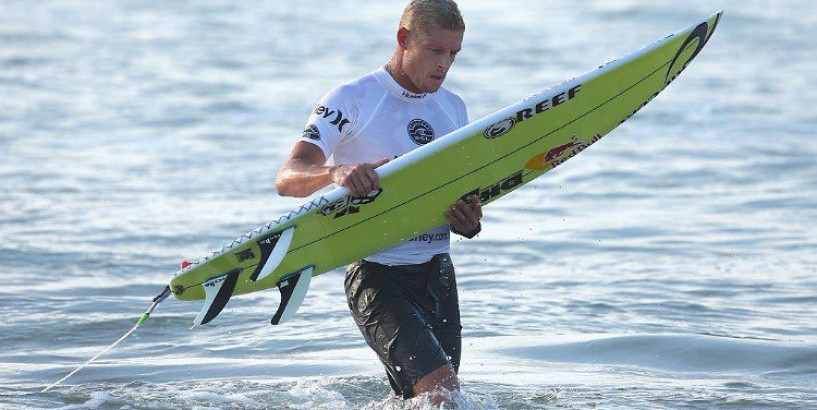 MICK FANNING of Australia returns to shore following his heat during the Australian Open of Surfing at Manly Beach in Sydney, Australia. Picture: Cameron Spencer/Getty Images

Retirement hasn't been kind to Mick Fanning, who has suffered a serious knee injury while surfing in South Africa.

The three-time world champion, who retired from the World Surf League last year, will have surgery on a torn ACL that could keep him out of the water for up to a year.

Fanning hopes to fast-track his recovery though, with an aim to "be ready for cyclone season" on the Gold Coast by February next year.

"I was coming out of a tube ... and midway through the turn I just felt my back knee pop out," he explained.

"You can see in the footage where the thing just collapsed. Instant pain, just my whole leg was in pain.

"But once I got to the beach the pain had already subsided."

Fanning booked a flight home and had the tear confirmed by doctors on the Gold Coast, with surgery expected in the next fortnight.

Far from dispirited, the 38-year-old says the rehabilitation process might have come at the right time.

"To be honest I've been pretty lazy for the past year or so (since retiring)," he said.

"I am sort of excited to be going down the path again of getting the body flowing and keeping the age barrier at a minimum.

"I'm fired up to get the body moving and feeling really good."