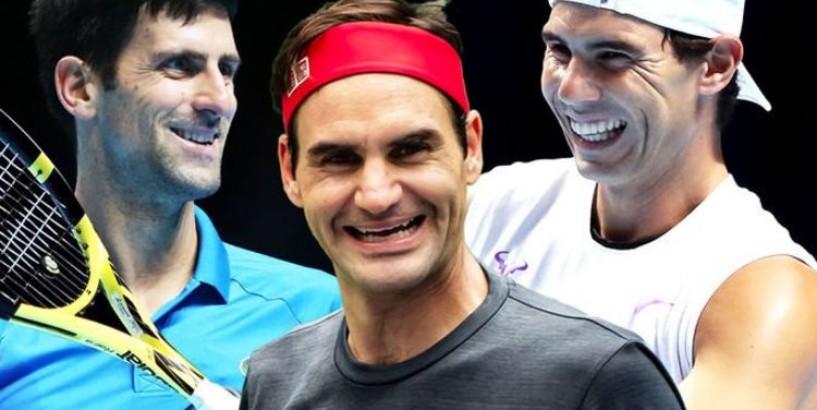 Dominic Thiem's father Wolfgang believes Roger Federer , Rafael Nadal and Novak Djokovic will have gained an advantage from the tennis season being suspended. Thiem Jr has this week been training at his base in Vienna, Austria as he looks to stay active and in shape while he waits like the rest of the sport to resume. Related articles Carlos Moya reveals key to Rafael Nadal's Grand Slam successes

ATP and WTA officials will make a decision next month on whether the season can safely start again in August and potentially build towards the US Open.

As three of the most experienced players on the tour, Federer, Nadal and Djokovic are viewed as the individuals who are most capable of handling a lengthy break and it is an assessment Thiem's father agrees with.

"It can be an advantage for players like Djokovic, Nadal, Federer, who have often had long periods of injury because they also know how to deal with it," Thiem senior told the Austrian newspaper Krone.

"Now you don't know when it will start again - in July, August or January." Dominic Thiem's dad thinks Roger Federer, Rafa Nadal and Novak Djokovic have an 'advantage' (Image: GETTY)

Meanwhile, tennis great Boris Becker has called on the likes of Thiem, Alexander Zverev and Stefanos Tsitsipas to step up and challenge the 'Big Three'.

The trio remains the most dominant figures in the men's game, sweeping up at the Grand Slams and holding the edge over their young rivals.

Tsitsipas did win the ATP Finals in November and Thiem reached a maiden hard court Grand Slam final but they are yet to truly supplant Federer, Nadal and Djokovic.

"Maybe 2021 will see the breakthrough of the young guns because they will be a year more experienced, and the older players are another year older," Becker told Laureus.com.

“The big three have won everything multiple times. I think it's for the younger generation to step up.

"The best one of the rest for the last two years has been Dominic Thiem. He's made three major finals and played beautifully against Novak, losing in five sets in Melbourne.

“I like Stefanos Tsitsipas very much, the way he presents himself on and off the court and the way he plays the game. Related articles