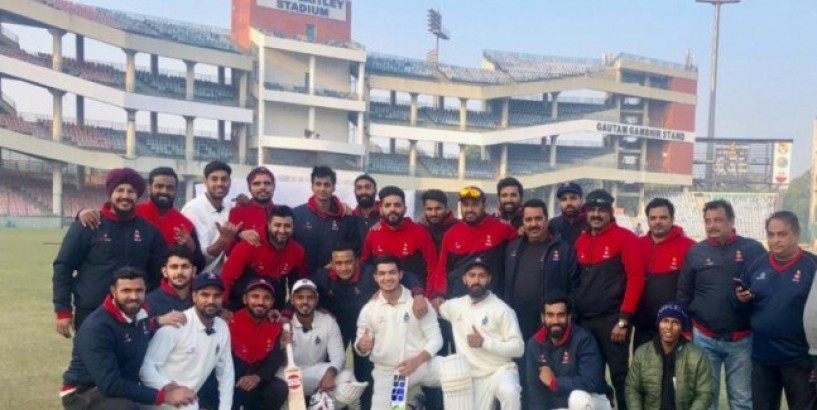 Delhi failed the reach the knockout stage of Ranji Trophy 2019-20 season (Courtesy- @delhi_cricket) HIGHLIGHTS Delhi coaches signed performance linked contracts Delhi failed to reach the knockout stages of Ranji Trophy BCCI has paid us our grant: DDCA joint secretary Rajan Manchanda The Delhi and Districts Cricket Association is yet to pay remuneration of its coaches and support staff of various state teams (senior, age group, and women) but has cleared legal expenses of more than Rs 1.6 crore in the last four months.

Around 50 people, including senior Delhi team coaches like Bhaskar Pillay and Rajkumar Sharma (Virat Kohli's childhood coach), are awaiting their payments but their cheques are yet to be cleared. The due payments amount to Rs 4.5 crore.

The players, who represented the state in BCCI tournaments, have been luckier as the parent body transfers their match fee to their bank accounts.

"The BCCI has paid us our grant. Rs 11 crore is there in DDCA coffers. I don't know why none of the coaches, physios, masseurs have been paid. COVID-19 lockdown has just started but these payments have been pending for a long time," DDCA joint secretary Rajan Manchanda.

"I am one of the authorised signatories. But you need to ask the secretary and acting president, what is happening. I don't know my role," he added.

Both Tihara and Bansal were, however, unavailable for comment.

With the outbreak of COVID-19 pandemic and the entire city under complete lockdown, the payments may take a while to get cleared as DDCA, like most other offices, is shut down.

PTI has got access to DDCA's payment sheets and it is seen that since November 16, 2019, a whopping Rs 1.63 crore has been paid to 11 lawyers, including two prominent active politicians, who at various points fought cases for warring DDCA faction.

When a top DDCA office-bearer was asked about the legal expenses, he said, "Suppose Member A has filed a case against Member B, both are entitled to raise an invoice of their legal expenses which will be borne by the DDCA.

"So DDCA pays for all the lawyers who are fighting cases where members are pitted against each other," the office-bearer said.

When asked about this change, Manchanda replied: "They had signed the contract where their payment was performance linked. If they would have helped Delhi reach knock-out, we would have paid them the earlier amount. But since they couldn't, they have to settle for a lesser amount."

In another development, it has been learnt that the Ombudsman has instructed forensic audit due to allegations of financial irregularities in renovation work that's being carried out at the Feroz Shah Kotla.

A contractor named MSL Jangid JV has been paid Rs 1.65 crore and allegations of fraud surfaced after finance and infrastructure committee member Sanjay Bhardwaj, and treasurer Rajan Manchanda complained about the issue.

"Looking at the serious nature of Fraud alleged by officials of DDCA, it is imperative that a Forensic Audit of the accounts of Company (DDCA) be conducted in order to extract the whole truth.

"In light of this, I direct that a Forensic Audit of DDCA Accounts statement for the last 5 years (procedure followed in legal proceedings) be done as soon as possible.