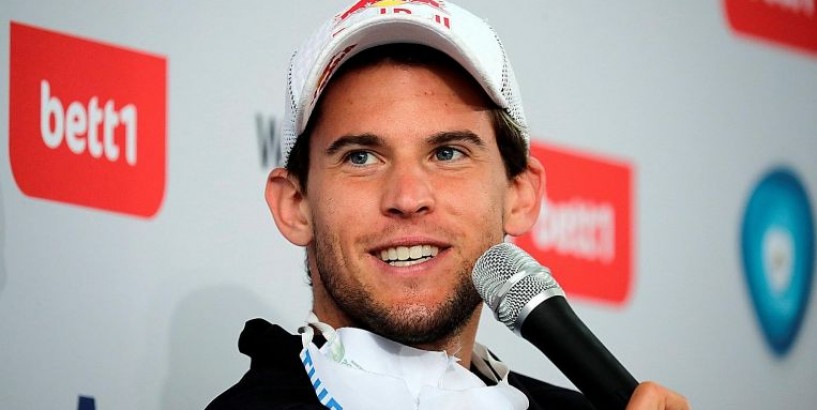 BERLIN • Last month's ill-fated Adria Tour has been widely bashed by critics for its lax stance on safe distancing and after-event parties amid the coronavirus pandemic, leading to positive tests for world No. 1 Novak Djokovic and fellow tennis professionals Viktor Troicki, Grigor Dimitrov and Borna Coric.

The string of infections also meant the final leg of the exhibition series in Bosnia had to be cancelled and world No. 3 Dominic Thiem, who played in the event, has admitted that those involved had to take those lessons on board.

"We have to learn from the mistakes and be careful nowadays with this pandemic we are facing. That's what we have to take from the Adria Tour," he said on Monday, ahead of this week's Bett1Aces exhibition event in Berlin.

However, the Austrian, who like his peers was filmed partying in a nightclub, doubled down on his defence of Djokovic and Co, insisting the criticism had been way over the top.

"Novak and the others didn't commit any crimes, you have to make that point," Thiem said. "The fact we were criticised isn't unfair because we all made mistakes. That's clear. But it was way too much at the end, because the whole tournament was well intended."

He also hit out at world No. 40 Nick Kyrgios, who has been vocal in his criticism of the Adria Tour, calling the Australian's comments "unnecessary".

The pair have traded insults over Twitter after Kyrgios attacked seventh-ranked Alexander Zverev for being "selfish".

The German, another tour participant, was seen in a nightclub despite promising to self-isolate following a negative test after playing in the event, but Thiem claimed the "subject is done".

On the US Open, which is scheduled to start on Aug 31, last year's French Open finalist remains doubtful the hard-court Grand Slam can go ahead.

"I believe the decision is not in our hands, but in those of the US Tennis Federation, the US government and the Mayor of New York," said Thiem. "The whole thing is on very shaky legs. But I also believe that if it is played, it will be safe for everyone. We'll definitely be in a huge bubble."

Barbara Rittner, Bett1Aces' tournament director, has said cleanliness is the focus for the week-long event to help repair damage done to the perception of the sport in the wake of Djokovic's tournament.

She added that organisers want to "debunk this image that the tennis scene has arrogant players who don't take hygiene measures seriously".