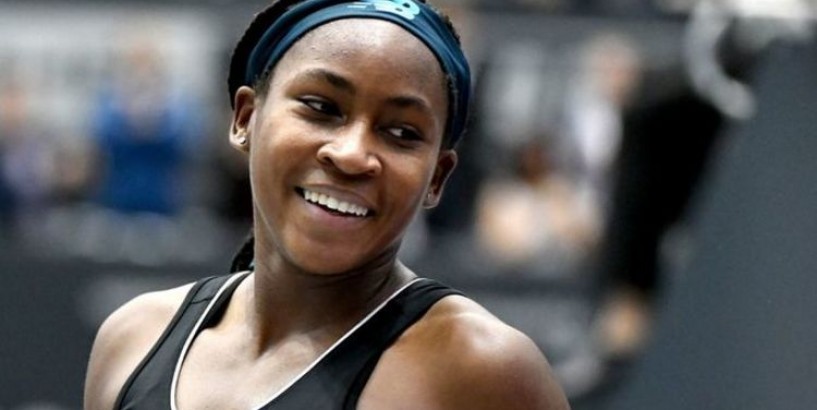 Patrick Mouratoglou believes Coco Gauff is capable of getting to a Grand Slam final and winning despite being just 16. Gauff became an overnight sensation in 2019 after a memorable run to the fourth round of Wimbledon. Stan Wawrinka shares Olympic gold memory

Gauff beat seven-time Grand Slam singles winner Venus Williams in the opening round and her run had to be stopped by eventual winner Simona Halep.

At the US Open, Gauff backed up her performance in SW19 by reaching the third round before losing to 2018 winner Naomi Osaka.

And last October, she proved exactly why people have tipped her to become one of the very best when she won the Linz Open in Austria to win her first career singles title.

Then in January, Gauff beat Williams again and got some revenge on Osaka by knocking her out of the Australian Open but was beaten by Sofia Kenin in the next round. How many Grand Slam will Coco Gauff win? (Image: GETTY)

Gauff turned 16 earlier this month but is already ranked 52 in the world and her sights set on the top 30.

Should tennis resume after its suspension due to the coronavirus pandemic, Gauff has the tools to be a contender at Wimbledon and the US Open.

Much of Gauff's training has come alongside her father Corey and Mouratoglou and the French coach believes temperament and composure mark her out as a major winner in waiting.

Mouratoglou said: “I could see Coco getting to the final and winning a Grand Slam. And I feel she is not that far away. Coco Gauff has reached the fourth round in two of three Grand Slam appearances

“A big serve, unbelievable backhand, she does a lot of things – she is able to come to the net.

“The match against Sofia Kenin in Melbourne showed Coco needs to improve yet. Of course, she does.

“But her maturity is incredible at 16. That’s what stands out most for me.

“The ways she handles matches, it’s really unique, but she is still only 16 and when you are only 16 you still have so many things you need to improve which is great. "At that age, having so much to improve, it says so much about her as a person.” Related articles