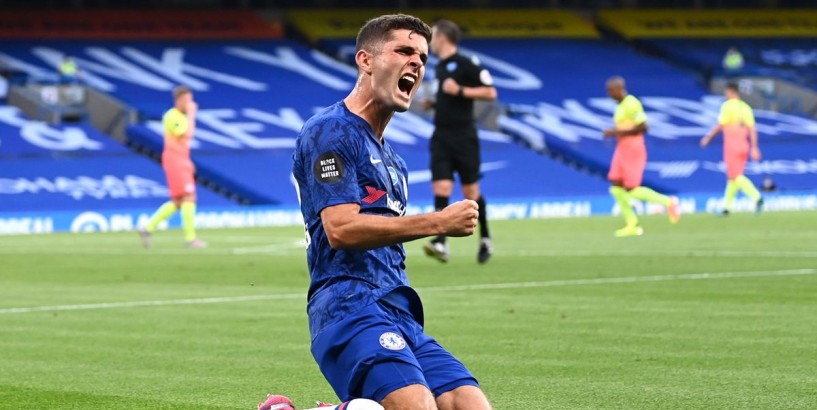 Christian Pulisic will always be grateful to Jurgen Klopp for his chance at the big time - and he repaid the Liverpool boss in style by helping him secure the Premier League title. Pulisic fired Chelsea ahead in their clash against Manchester City at Stamford Bridge on Thursday, setting up a 2-1 victory that finally ended the visitors' two-year reign as champions.

The USA international joined Chelsea last year after impressing in the Bundesliga for Borussia Dortmund.

And while it was Thomas Tuchel who gave Pulisic his debut for Dortmund as a 17-year-old four years ago, it was Klopp who gave him his chance at first-team action by promoting him to the senior squad after spotting his potential.

“The craziest thing is people don’t realise I started out in the youth teams over there," Pulisic told the 13&ME podcast back in 2018.

"I was just working hard for that one opportunity I could get.

“I was going to German school over there and I will never forget that one day I was in class and I looked at my phone and it was a text from my youth coach saying you are training with the first team tonight.

"The rest of the day I wasn’t even paying attention. I couldn’t think of anything else.

“I’m getting ready, going to training and it’s just unreal.

"I was 16 or 17 and I’m going in the warm-up and there’s huge names at the time. There’s Aubameyang, Marco Reus, Matts Hummels, Mkhitaryan. All these guys and they were just in the Champions League final the year before.

“I was just so excited and I’m just thankful to Jurgen Klopp that he gave me that opportunity. I’ll take that with me forever and I’m really grateful.”

The Reds boss started his Anfield trophy haul by guiding Liverpool to last season's Champions League triumph, and they have since added the UEFA Super Cup and Club World Cup, and now the Premier League title.