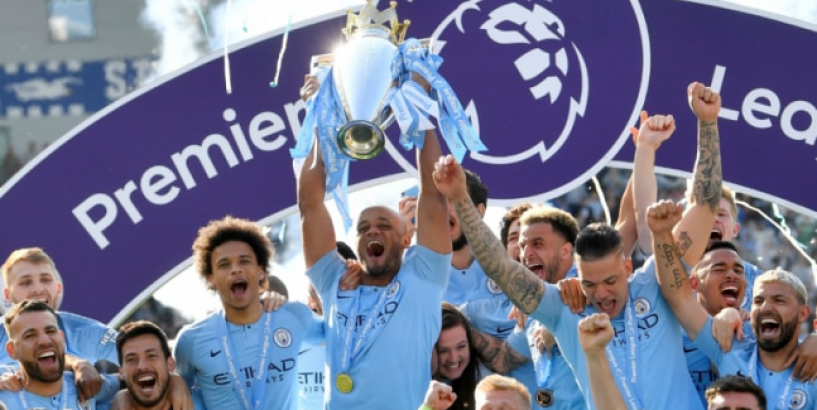 Manchester City's appeal against a two-year ban from European soccer will be heard over three days in June, the Court of Arbitration for Sport said Tuesday.

CAS set aside June 8-10 for the case. It is unclear if a hearing will be held in person at the court or by video link.

No timetable was set for a verdict but a ruling is needed before English teams enter next season's Champions League draw. The draw in Monaco is scheduled for August 27 but could be pushed back because of the fallout from the coronavirus pandemic.

Man City was banned by UEFA in February for "serious breaches" of financial monitoring rules and failing to cooperate with investigators. The English champions have been accused of deceiving UEFA in order to comply with Financial Fair Play regulations.

Announcing its verdict three months ago, UEFA said City was guilty of "overstating its sponsorship revenue in its accounts and in the break-even information submitted to UEFA between 2012 and 2016."

The emails and documents appeared to show that City overstated sponsorship revenue and masked the source of revenue from deals to tied to the club's owners in the Abu Dhabi royal family.

The club has denied wrongdoing.

"They are simply not true," City CEO Ferran Soriano said of the allegations in February in an in-house interview. "We have to be respectful as we have been of this process."

City failed with a previous appeal at CAS which tried to block UEFA-apppointed judges from taking on the case presented by club finance investigators. Three CAS judges ruled that appeal was not valid last November.

City continued to play in this season's Champions League after the ban for two future seasons was announced.

In the round of 16, City beat Real Madrid in the first leg in Spain. The return game has been postponed since March and is not due to be played until August. UEFA is hoping to complete the competition by the end of August.

City is in second place behind runaway leader Liverpool in the Premier League. If a ban by UEFA is upheld, the fifth-place team is likely to take City's place in the next Champions League. Also Read | Management ignoring our calls: East Bengal players, officials asked to vacate flats amid lockdown IndiaToday.in has plenty of useful resources that can help you better understand the coronavirus pandemic and protect yourself. Read our comprehensive guide (with information on how the virus spreads, precautions and symptoms), watch an expert debunk myths , and access our dedicated coronavirus page . Get real-time alerts and all the news on your phone with the all-new India Today app. Download from Do You Like This Story? Awesome!