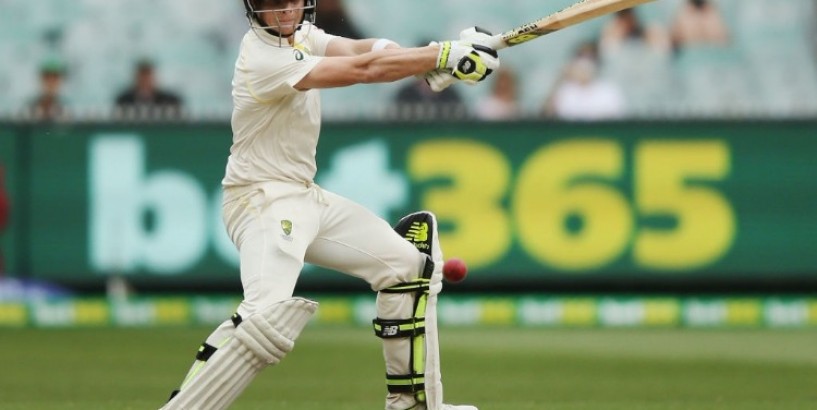 Bbl Comeback For Steve Smith On The Cards

STEVE SMITH of Australia hits the ball to make his century during the Fourth Test Match in the 2017/18 Ashes series between Australia and England at MCG in Melbourne, Australia. Picture: Michael Dodge/Getty Images

The Steve Smith show is likely to hit the Big Bash League soon, unless Cricket Australia order the superstar to rest during a rare break in the international calendar.

Smith has one or two more boo-laden batting masterclasses in England then attention will shift to his long-awaited comeback on home soil.

Smith's absence was sorely felt during the past summer by Tim Paine but also CA's marketing team.

The once-in-a-generation batsman's first domestic and international matches in Australia since serving a year-long ban for his role in the Cape Town cheating scandal will be eagerly anticipated.

The potential return of Smith to the Sydney Sixers, the club he captained to the inaugural BBL title, would be a dream outcome for the franchise but also administrators keen to boost the Twenty20 competition after a flat season.

Australia's ODI tour of India wraps up on January 19, leaving Smith free of international commitments for the final three weeks of the BBL.

The World Cup and Ashes have occupied Smith's full attention in recent months, meaning he is yet to give the matter serious thought.

But contract talks are expected to heat up once CA's high-performance department discuss plans for Smith and other superstars upon their return home from England, including likely availability for the BBL.

Smith rarely turns down a hit and already has a strong relationship with the Sixers, while the tournament could be handy practice for next year's T20 World Cup in Australia.

The 30-year-old, whose first leadership post of note was skippering the club, mentored some of the Sixers behind the scenes during his summer in exile.

Justin Langer has already spoken about the importance of doing everything possible to ensure Smith and other players avoid burnout, noting last month if "they're on the merry-go-round you probably don't see the best of them all the time".

However, Langer admitted that Smith is "a different beast" who "knows how to prepare and what works for him".

Smith enhanced his status as the world's top-ranked Test batsman with a superb double-ton in Manchester that put Australia on track to retain the Ashes.

But a second-innings 82 on day four was a reminder of his ability to score quick runs in entertaining fashion.

The former skipper slapped 11 boundaries in the 92-ball blitz, making a mockery of England with some audacious strokes.

Mitchell Starc and Josh Hazlewood have also been linked to a return to the Sixers.

There has been speculation David Warner could also be back in the BBL this summer but the former vice-captain is considered a less likely starter at this stage.