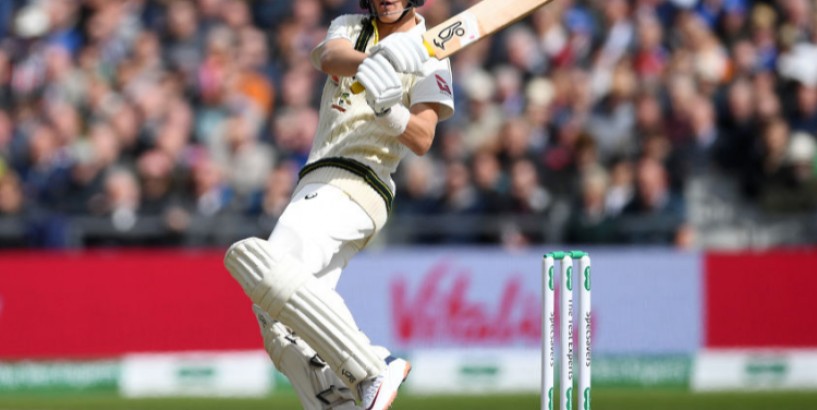 Teammates have praised Marnus Labuschagne's composure and confidence after Australia's new No.3 batsman claimed the most important and pressure-laden wicket of his life.

England tailenders Craig Overton and Jack Leach spent over an hour at the crease together during the final session of the fourth Ashes Test at Old Trafford.

Tempers started to flare in the ninth-wicket stand as time ticked away and England threatened to complete a great escape to rival that of 2009 in Cardiff.

Pat Cummins, ordinarily one of Australia's most unflappable players, fumed as both Overton and Leach took their time after being struck by deliveries.

Overton asked for a replacement bat to be run out, while Leach's studious cleaning of his spectacles soaked up key seconds as Australia pressed for the two wickets required to retain the urn.

Tim Paine took the second new ball and threw it to Cummins, Mitchell Starc, Josh Hazlewood and Lyon before asking Labuschagne to roll his arm over.

The youngest and most inexperienced member of the XI delivered a wicket with his fifth ball, which Leach fended to Matthew Wade at short leg after it fizzed out of the rough.

"He wants the ball in his hand," Lyon said.

"To give Marnus a bowl was a very brave and ballsy decision but it paid off."

Paine described Labuschagne, who peeled off four consecutive half-centuries after stepping up as Steve Smith's concussion substitute at Lord's, as "someone we can build our team around in the future".

Paine added the 25-year-old's key breakthrough in Manchester, coming almost a year after he made his Test debut in Dubai, was no surprise.

"He has been working on his legspin (over the past year) ... he has bowled a lot of overs in county cricket for Glamorgan, which has helped," Paine said.

"If you tell a youngish part-time legspinner to warm up at that part of a Test match, I don't think too many would want to bowl. Marnus wanted to.

"He wants to bat when the best bowlers are on."

Labuschagne revealed the role legendary legspinner Shane Warne played in the dismissal, with the pair having shared a quick chat out in the middle prior to the start of play on day two.

"We were just working on coming wider on the run-up to give myself a better angle at the rough," Labuschagne told the Nine Network.

"I dragged the ball before down and I was just like 'just trust it, trust it'.

"It seemed to work out perfectly."