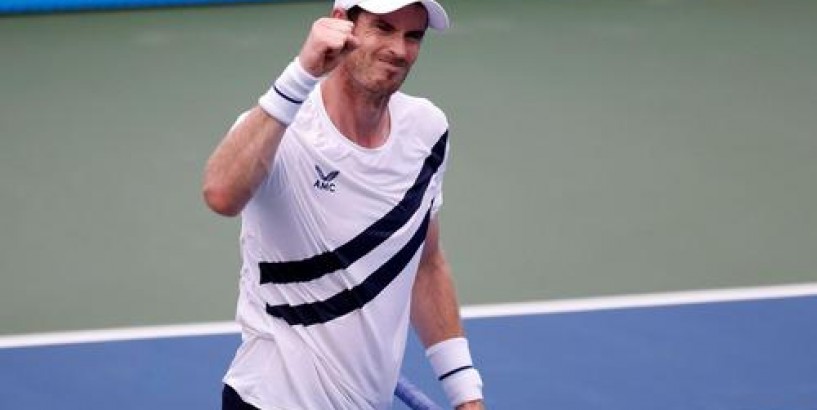 Andy Murray's tenacity remains one of the wonders of the sporting world.

On Saturday night in Flushing Meadows, he played his first official tennis match for nine months. The quality was variable but the end result highly satisfying as he outlasted Frances Tiafoe in a sweaty 2½-hour dogfight.

This might sound like a routine result, just another victory for a man who already had 673 in the bag. Yet we must remember that, when Murray started suffering pain and inflammation in his right hip last winter, his very future as a professional athlete stood in doubt.

He had already been through two operations on that joint, as well as a third to correct a separate groin problem, and when he spoke to reporters in February, he admitted that he might need further surgery to clear up what he believed to be bone deposits around the metal prosthesis in the joint.

Happily, the pain gradually receded, and Murray has been able to build up his training volume to the point where he now looks as free in his movement as at any time since his hip first blew up in the summer of 2017.

These are still early days in what is Murray's third comeback attempt in as many years. Against Tiafoe on Saturday, there were plenty of creaky moments, and periods when he was doing little more than hanging in rallies. But we also saw him serve a few mighty aces - one of which reached 128mph on the speed gun - and maintain the gnarled, gristly intensity that has worn out so many opponents over the years.

In Tiafoe, he was facing an athletic 22-year-old with a fondness for highlight-reel winners. So to finish the stronger was a fine achievement - even if Tiafoe is one of those unfortunate players who have contracted Covid-19 and may be still feeling the effects.

The first set was decided on a tie-break that featured some woeful tennis by the normal standards of these two players. But as Murray said afterwards: "I have learnt to have lower expectations [at the start of a comeback]. The tie-break was bad level, but I got through it and I didn't get too down on myself. A few days ago, my coach said, 'You're good enough to win matches even when you're not feeling good,' so I just tried to remember that."

In the second set, Murray backed off so far that he hit just two winners - one of them an ace - and allowed Tiafoe to dictate the terms of engagement.

But he then teased out a break at the start of the third with a typically bloody-minded piece of retrieving, forcing Tiafoe to come to the net and drawing an error on the volley. From there, it felt like Murray had the wind in his sails and he accelerated to a 7-6, 3-6, 6-1 victory.

"I moved maybe better than I expected to," said Murray, who will play his next match against Alexander Zverev on Monday. "All of the focus has been on rehab, getting my hip as strong as possible in every position. I have spent more time in the gym than at any time of my career.

"Physically I was good and that was the most important thing, because that hasn't been the case for 10 months. I could have played a bit better but I also need to see how I will recover from a match like that. Even though I felt good during the match, things tend to stiffen up afterwards."