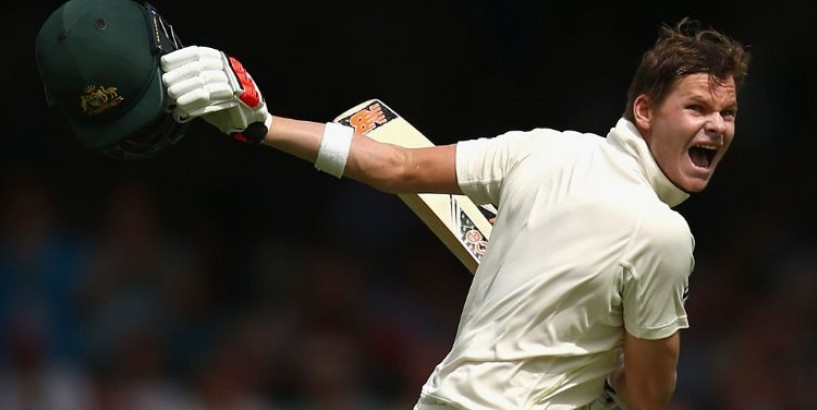 We look at how the Urn was won and maybe an investment or two to enjoy through the wee hours if you watching in Australia.

After some incredible matches so far this series, the Ashes are won but we get to rejoice in one more match and one great batsman.

Steve Smith is just a phenomenon. After thinking any concept of him being the next to Bradman is silly, you can't help but look at the numbers and start to believe it.

For all his amazing feats, one thing Sir Don didn't have a classical technique. He was a genius without it. Archived footage suggests he played a few unconventional shots through his epic innings. There is no critical aspect to any of this.

Steve Smith is a revelation Picture: Ryan Pierse/Getty Images Well SPD Smith does that as well. His grip doesn't help hitting balls behind point. But everywhere on the ground is still open slather.

The two more salient comparisons between the two are the insatiable desire to keep batting and scoring runs and also the eyes like a hawk.

Smith's hands are the fastest surely since Lara and much like other greats. He whips balls through the on-side from well outside off peg.

But then at Old Trafford he was back cutting Jofra Archer at nearly 90 miles an hour. It's just madness how well he is playing.

It is a disappointment when he doesn't reach three figures. For those at home, it is impossible to go to sleep while he bats.

He eats and sleeps batting and batsmanship. Losing the captaincy can only be to his benefit long term. Cricket Australia SHOULD NOT place that burden on him once Tim Paine leaves the scene.

No question what happened in Cape Town was a disgrace. It must never happen again. Errors were made and errors have been paid for. Second chances are required in life.

But Smith has come out the other side with his batting reputation enhanced if not to his total reputation.

It must be noted former England bowler Steve Harmison has indicated Smith will always be known as a 'cheat'.

Ironically he specified there was no way to sugar-coat it.

Well given the accusations of the 2005 classic series when England are said to have used peppermint sweets to gain versions of swing, it was an interesting take.

And that confirmation came from no less than Marcus Trescothick who a decade ago said he was the man in charge of doing the shining of the ball.

Well guess who was part of the bowling arsenal? None other than Steve Harmison! The hypocrisy is evident for all to interpret.

Marnus Labuschagne has technique Picture: Gareth Copley/Getty Images It is hard to fathom just how this result has occurred in Australia's favour because in any other series such lack of output is a landslide the other way.

Let's look at why it might be the case or maybe how on any deity's earth it has happened? The numbers indicate a mystery.

The visitors had the in-built advantage of being half a game up as the holders but effectively they won the series with two batsman and two and a bit bowlers.

Smith and Labuschagne have utterly dominated with the willow. Together they have accounted for 42% of Australia's runs – that is right … near half.

Smith has passed fifty all five times and Labuschagne four and that has come in a combined ten innings.

The rest of their teammates have 1 x 100 and 4 x 50 collectively in 69 innings. That is a ridiculous aggregation.

England is essentially the same with Burns and Stokes doing all their scoring.

Toss in Australia's early loss of wickets and the Smith/Labuschagne efforts are even more remarkable as part of a winning team. They stride to the crease facing a new cherry every time.

Their team has averaged 7.75 as an opening stand and 72 when the third scalp occurred. Teams should not be winning under those circumstances.

With the ball it is all about Cummins and Hazlewood. While Nathan Lyon has 16 wickets he hasn't been able to have the influence since the first test. He's striking at 80 whereas the quickies are just over 40.

Their pace and control has been better for longer than England's. Archer has been sporadic and Broad dangerous with swing. But not quite enough of it to Smith.

From the adulation afforded the team for winning the series, the future will be a fascinating watch. This is an imperfect lot of players playing as a resolute unit.

It was selected with the sole purpose of winning this series and thus the Ashes. But it won't be a strong form guide for the next two years. Selectors will make changes.

The technical flaws are unmistakeable. So many are being bowled or lbw without feet movement. Sheffield Shield cricket must generate more of the glorious techniques - the likes of a Damien Martyn or a Mark Waugh.

The seduction of T20s is palpable. But hitting in the 'V' along with a correct forward and backward defence is still going to produce more runs long term and less raucous appeals from the bowlers. Play straight is the new doctrine.

Damien Martyn was pure Picture: AAP Image And so back to London we head with Australia looking to avoid a defeat. A loss would create a drawn series.

Eliminating the one off Centenary Test in England and the Bicentenary Test in Australia, the last time these two teams played a Drawn series was 1972. Both of them will be steeling themselves to win – England to achieve that draw and Australia to deny it.

The Oval has been far less appealing a venue for Australia than nearby Lord's has been. They might only been five miles from each other but the records show a much different picture.

England has won 16 times compared to Australia's 7 at the Kennington Oval, and included amongst those are three baggy green wins during the Bradman era.

Famously the last of those saw the Don walk off the ground after being bowled for a duck leaving him shy of averaging 100 in Test Cricket.

There is no doubt his aura is substantiated by averaging 99.94 and not the three figures. It also helped the ABC PO Box numbering save a lot on ink by not having another number to print – ha.

The last Ashes Test played here was actually a rout but unpredictably it was Australia that produced it.

Surprisingly at the time (but not so now) it was Steve Smith with 143 along with a collective bowling pack that gained the tourists an innings victory.

Will the selectors make more changes or let those who won the series finish it off?

Warner has been Broad's bunny. Lack of footwork has seen any of the three main dismissals for openers to the fore.

But with Bancroft and Khawaja already dropped, it might mean they hang fire for one more test.

England might have themselves in the end panicked with leaving Chris Woakes out and also then not playing Sam Curran. He possibly comes in at The Oval.

Will they stay with Warner? Picture: Ryan Pierse/Getty Images It would be wrong not to pick Steve Smith for leading scorer in the last test just for posterity. There are many legendary series records in cricket and his is already one of those. Imagine a hundred at the end just to put the final exclamation mark on it. (A small saver on the only other batsman hitting it off the square).

One final mention must go to Tim Paine. He was the unlikely new commander after the devastation in South Africa. That was because he'd barely been considered as a team member leave alone as the skipper.

But just as he didn't go over the top at some early triumphs, nor did he panic after the pain of Leeds. That would have been a path difficultly walked.

He can return home (without the Urn in practical terms but figuratively anyway) with his and his team's heads held high.

Paine was the right man in the right spot at the right time. He deserves any amount of credit afforded his way.