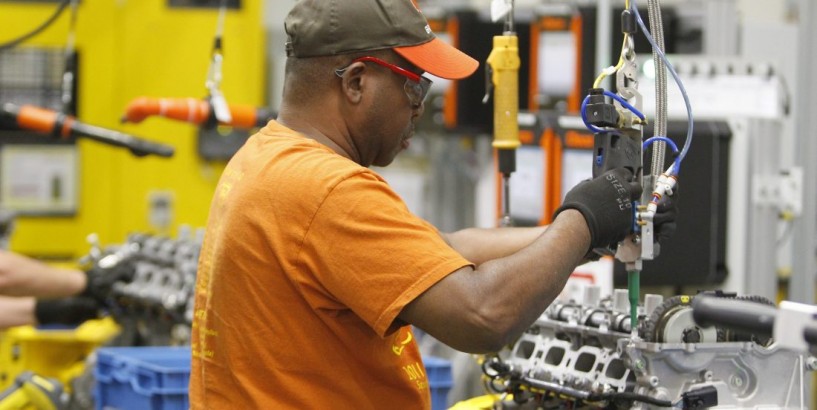 The union contract between General Motors Co. and the United Auto Workers expired Saturday night without any agreement or extension, sparking the first major labor strike in the United States in 12 years.

Talks to avert a strike were unsuccessful Sunday. The union announced shortly before midnight that its members had walked off the job. The UAW represents 46,000 members at 31 GM factories and 21 other facilities nationwide – including 3,000 at two Buffalo-area plants.

The UAW has insisted that the automaker needs to come closer in meeting its demands for higher wages, affordable health care, job security, profit-sharing and a path to "permanent seniority" for temporary workers. The union says it stepped up to help the company when GM was in trouble, and now that the company is earning tens of billions of dollars a year, it needs to give back to its workforce.

“We stood up for General Motors when they needed us most," said UAW Vice President Terry Dittes in a written statement. "Now we are standing together in unity and solidarity for our Members, their families and the communities where we work and live."

The Detroit-based company, for its part, says it has already made a generous offer, citing more than $7 billion in U.S. investments in eight facilities in four states, higher wages and profit-sharing, improved benefits and more than 5,400 jobs during the term of the contract.

“We presented a strong offer that improves wages, benefits and grows U.S. jobs in substantive ways and it is disappointing that the UAW leadership has chosen to strike at midnight tonight," the company said in a statement. "We have negotiated in good faith and with a sense of urgency. Our goal remains to build a strong future for our employees and our business.”

The company also said it offered "solutions" for plants in Michigan and Ohio that have been targeted for closure, reportedly including the introduction of new electric trucks, additional new vehicle and propulsion programs, and the opportunity for the first union-represented battery-cell manufacturing site in the country.

“We think the offer that’s on the table is very fair,” said GM spokesman Dan Flores in a phone interview Sunday. “We don’t want a strike, but the UAW obviously has chosen to pursue this, and we hope if they do walk out, it’ll be short. W e want to get back to the table and continue bargaining.”

The two sides remained far apart on several key issues Sunday. But as the day wore on, the two sides continued to talk. The UAW already extended its contracts with Ford Motor Co. and Fiat Chrysler – both of which also faced expiration at the same time – as the union made GM the focus of its bargaining efforts.

GM maintains two key manufacturing plants with more than 3,000 workers in the Buffalo Niagara region, with its engine complex in the Town of Tonawanda and a components plant in Lockport. The Tonawanda plant – which will produce engines for the next-generation Corvette after nearly $296 million in corporate investments for future engine production – has 1,540 employees, including 1,356 hourly workers who are represented by UAW Local 774.

At Lockport, the 1,293 hourly workers are represented by UAW Local 686, while another 200 workers are salaried. That plant, which received a $32 million investment from GM in 2016, makes various heating and cooling components, and will also supply parts for the new Corvette.